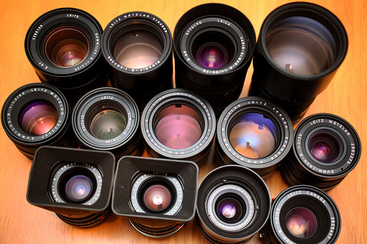 The dark moon is in Capricorn today and will square the nodal axis this morning before squaring Uranus and then conjoining Pluto. Recently I’ve gotten a handful of people emailing me with the request that I write more in depth about the Pluto/Uranus square, so let’s have a look at it today.

First, both Uranus and Pluto are called “outer” planets, or “transpersonal” planets. These names come from the fact that they were discovered more recently as well as the fact that they are beyond the planet Saturn in our solar system (who up until the outer planets discovery was the farthest planet out in the solar system). The “transpersonal” name given to these planets also implies their archetypal significations. The outer planetary archetypes are generally thought of as more complicated, historical, and collective forces. Forces that can be felt personally but whose fields also tend to dissolve, radicalize, deepen, and overpower “normal” modes of being, especially those that center around the dayworld or solar consciousness and the ego (our normal sense of a stable “me”).

Uranus is a planet whose most often been compared to the titan Prometheus who stole the fire from the gods and was perpetually punished as a result of both his courage and his hubris. Uranus is the firebrand, the bolt of lightning, the glass breaking revelation, and the swift surge of inspiration that cannot be contained. Uranus as the co-ruler of Aquarius is a planet, not unlike Saturn, who works through negation. Even though we constantly want to compare the two planets in polarized ways (this is actually Saturn dominating the conversation!), both planets are good at breaking away from the hold of certainty. Whereas Saturn will break from something old by negating and polarizing itself against something (say the ego through hard, disciplined fasting, prayer, and spiritual removal from the world, etc), Uranus will negate the hold of the ego through a swift bolt of lightning (suddenly losing your job, suddenly getting in an accident, suddenly getting promoted). Familiar structures are struck down more instantaneously with Uranus and often as a result there is a kind of manic excitation, quickening, and spirited or fiery period of liberation, enthusiasm, self righteousness, and rapid inventiveness that follows in the wake of the sudden changes. Uranus starts a fast domino burst of change after it’s done its initial tearing down, whereas, again, Saturn’s method of making changes tends to be more focused in time, process, patience, and hard methodical opposition over long periods of committed focus to change. Both, we might, say, are faces of how the genie guides us away from the familiar and into something new.

Perhaps up until the outer planetary discoveries, Saturn had to carry all the outer planets in their negating, destroying, deepening, overpowering ways? Maybe this is also what creates such a haze or fog of admiration and apocalyptic revelry around the sign of Aquarius and the dawning “age of Aquarius?” The age of Aquarius has simply come to mean that the unusual, the transpersonal, the historical, the vast and sweeping forms of negation and transformation (death and change) are becoming more recognized in our daily lives…hence the endless streaming facebook images we see every day about words like love, existence, death, liberation and change.

Pluto, compared to Uranus, is about the deepening and empowering of whatever it touches. Pluto turns what it touches from something ordinary, static, and relatively simple into something vast, overwhelming, mysterious, and dangerously powerful. As Hades and the underworld, Pluto is about the hidden wealth that resides below surface appearances and solar certainties. Pluto is also about the burn, the decay, and the expulsion, purgation, or eruption of things kept from sight. Pluto burns awake and alive that which is hidden, deadened, or secretly smoldering. Pluto’s negation is a kind of redirection…showing us hidden power sources, hidden motivations, and hidden desires.

So when the two planets come into hard alignment with each other over a long period of time, we see both the mutual inflection of the archetypes upon each other as well as their struggle. For example, what is deep and hidden that suddenly erupts also carries an electric and creative quality. It both comes from “deep within” but also “out of nowhere like lightning.” A great image for this would be the various acts of police brutality whose heavy, dark qualities erupt powerfully from below the surface and reveal the lingering (still down there) face of racism or prejudice (Pluto), while the rapid spreading of these images and their liberating, revolutionary effects (the creation of marches, movements, protests, etc) catalyze a kind of manic demand for new ideas (Uranus). This would be an example of the two planets dynamic inflection upon one another.

On the other hand the planets can also struggle with each other’s patterns. For example, during the Occupy Wall Street movement a powerful surge of Uranian protest swept the nation (even the globe), but despite its lightning like surges, an equal sense of distrust emerged (even within highly progressive communities) as a kind of Plutonian response. Many people saw the Uranian black t-shirts as not a true black. Getting too rigidly identified with the metaphor of change means fundamentalism, not revolution. Change without depth, without nuance, without substance, all horizontal with no vertical, is nothing more than a demolition team too hungry for rigging the next vertical structure with explosives.
James Hillman once wrote that while black’s function (as a metaphor, not a race) is to dissolve, putrefy, or mortify certainties, it’s not a paradigm itself. Or at the very least, for it to become a paradigm, for us to become “black suns,” we have to deepen and make reflexive our understanding of our black as a particular shade of black. Hillman, whose early body of work was formed in a somewhat distance Europe during the 60’s, had the archetypal eye for the diversities of the outer planets (we might say). We have to be able to see that different forms of negation (let’s stick with the idea that the outer planets create changes through exposure to NON-ordinary states of consciousness) need to have diversified understandings of each other. Not all negation is the same. There are many “blacks,” and not all that is being negated is “white,” either. Negations will challenge and negate other forms of negation, in other words, and these outer planetary dynamics help us to deepen and complexify not only our sense of what we “are” through various deaths, transformations, overwhelms, purgations, and revolutions, but also what we are not, through the comparisons of different styles of change (there are many different “blacks” and this also challenges our notion of white in a radically different way…radical because the primary lens of change is no longer a simple binary).

Consider for example the complexity of racial issues at the current moment. Is the “Black Lives Matter” movement an ironically isolating and whitening of the black kind of movement, or are we being asked to see that the focusing of a particular black within a particular issue is a deepening, a commitment to a particular kind of negation, a particular kind of revolution? I have no answer, but we’re naive if we think this conversation hasn’t been both present and deeply challenging for many “good” people.

So what happens when these cycles continue unfolding in our psychic understanding? I think one promising idea is that we begin to recognize that not all radical change is deep or diverse, and not all that is diverse or deep is radical or progressive. They don’t need to be both. We don’t need some perfect algebra equation unless we believe in one common, universal good or universal goal. When we vision in this way it tends to create the whitening of the black, which in turn creates the need for more radical differentiating.

Part of this issue, in my opinion, stems from our tendency to see all change through the lens of Saturn, which is most prone to getting stuck in the simplicity of the opposites and the problem of the opposites. Once we go beyond the opposites as a problem, then we can start to recognize the huge spectrum of inter-penetrating dynamics that opens up within any debate, dialogue, or subject. This is what the outer planetary cycles are doing for us. Diversifying our notions of diversity.

Practically, in our everyday lives, this might mean that we are forced to look at a range of highly complex ideas about who we are, why we’re here, what we like and don’t like, what we fear, what our gifts are, where we come from, and what we’re being asked to work toward. These planetary cycles diversify and particularize us because our simple and polaric struggles are shattered and complexified many times over. So that our whites and blacks become many shaded and uniquely shaped. Doing that work, on days like today, means working into the edges that are being pushed back or urged forward. Like a dream..rather than searching for the golden interpretation, we search for the voice of the dream itself…so we can continue to be dreamed by it.

A simple question for today might be, “Where is something saying no to me right now, and how can I connect with what’s saying no in order to see what else it has to say?” Then we might look at a different area of our lives where something else is saying “no.” Talking to another no we might discover that not all the “no’s” have or want the same things for us.

Prayer: Which “no”? And what else do you have to say?

Image by courtesy of Glvara 13, at creative commons image licensing