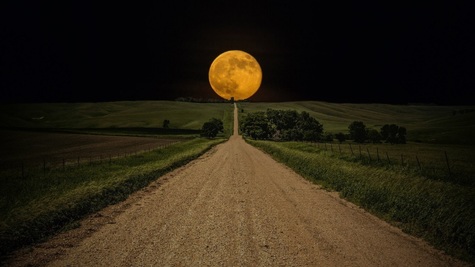 The Moon is nearly full. Mercury will square Mars today and then apply to a square with Pluto. The Full Moon will include a conjunction to Uranus from the Moon. Get ready for a big astrological weekend.

Things to watch for:

* If you look back at my earlier horoscopes this week, we’ve been predicting more “media bombs” in the US election, and sure enough yesterday as the Mercury/Mars/Pluto square is tightening we saw numerous women step forward alleging sexual assault from Donald Trump of the exact kind that he had described in the access Hollywood video. You can’t make this stuff up. We are in the midst of a Mercury/Mars/Pluto square as the Full Moon also engages Uranus…

* Expect more of the same over the weekend. The war of words, war of media disclosures and revelations, secrets and scandal will likely reach a fever pitch in the days to come, starting today as Mercury perfects its square to Mars.

* Once again be careful of accident prone, impulsive, irritable, and contentious thoughts, words, and actions today…the old advice “if you don’t have something good to say don’t say anything at all,” might be the best for this transit!

* Technological meltdowns or challenges are possible with Mercury making a square to both Mars and Pluto…also, be careful while traveling…avoid crazy drivers, people in line, etc.

* Challenges to authority and authority figures or conventional wisdom are pronounced right now as the Sun opposes Uranus. Also the subject of paternity, fathers, and creators and creative ownership or responsibility in general.

* The Moon’s next aspect is to Venus by trine, which means we should have a good window tonight and tomorrow for successful or positive business in general…though with Venus in Mars’ sign and Mars wrapped up in the drama of the day we should be careful that we’re not making deals with the devil or somehow selling ourselves or others short of something’s actual worth.

This weekend’s full Moon promises to be a significant one involving all of the themes above, especially the increase of Uranian themes over the weekend. More on this to come!

Prayer: Calm our minds, ease our thoughts, and speak to us in words that heal as they reveal.