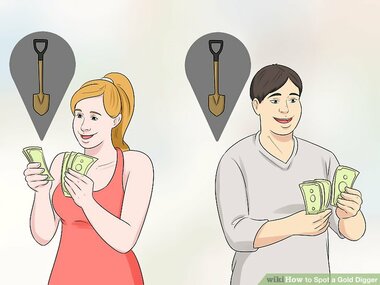 As Mercury is retrograde now for the next few weeks, it’s important to keep in mind Mercury’s dignity and its exchange with Jupiter.

Here’s what to consider:

* Pisces is the feminine sign of Jupiter, and as such is the place of Mercury’s exile and fall. But don’t be fooled. This doesn’t mean that Mercury is ineffective. It means that Mercury is in the valley of fortune, a place of decline, loss, or diminution, which doesn’t mean inactive or ineffective. Just remember that many times in life we learn the most and are actually the most productive during challenging or “unfortunate” periods, and this is due to the nature of the time. In ancient astrology, all periods of loss and decline, in a general sense, are related to Saturn. The “exile” of a planet is related to Saturn, and the fall of all planets are generally related to the Moon, whose south node (the place of the Moon’s declining path each month) is also related to Saturn. The good news is that Saturn is a taskmaster. If you’re even a moderately reflective person, you usually can’t hide from the lessons that come during periods of loss or decline. So, this can help us keep the difficulties of this retrograde in a healthy perspective.

* However, even more interesting is to consider the kind of relationship that Mercury currently has with its host, Jupiter.

* Jupiter is in a superior square to Mercury from its masculine home of Sagittarius. It is, therefore, exacting a toll. In fact, traditionally when a planet makes a superior square it is said to be “upon the 10th” or in a place of “decimation.” The word “decimation,” comes from the old practice of killing one out of every 10 soldiers in a group in order to punish the group as a whole. You could also look at it as demanding a kind of 10% tithe. Either way, the dominating planet, in this case, is Mercury’s host, Jupiter, which means that Jupiter is exacting a toll on Mercury right now while Mercury is also pretty down and out.

* This morning I cast the I Ching to get a read on the situation, and I received Hexagram 54, unchanging, which is sometimes called “The Marrying Maiden,” and it depicts a situation in which a young bride improperly seeks out an inappropriate mate out of greed or ambition. The situation is therefore doomed from the outset because of the young woman’s inability to play by the appropriate rules of courtship or to wait for an appropriate match. In common terms, we might call this kind of person, male or female, a “Gold digger,” or you might think of that person who started looking to get their degree in marriage as soon as they got to college, rather than patiently waiting for a suitable partner to arrive. There are of course many other fitting examples we could think of.

* The lesson of the hexagram has to do with not trying to aspire or manipulate or push toward something when the nature of our current position doesn’t allow for it. One of the common suggestions of the hexagram is that when faced with adversity, or when feeling lowly, we simply “adapt,” or “bide our time.” Unsurprisingly another name for hexagram 54 is “propriety,” which also has to do with conforming to moral/social standards.

* It’s not easy for us to take the lesson of hexagram 54 because it’s a lesson of humility, tolerance, patience, and acceptance within a position that the ego might feel frustrated by or impatient with…”I’m not lowly, I’ll get what I deserve!” But the message is that impropriety in this situation leads to a serious fall.

* So how does this apply to the current situation? Well, to personify the planets a little bit, Mercury is the lowly one right now, and Mercury could also easily feel slighted, underappreciated, used, or overlooked given its close but subordinate relation with powerful and sometimes pompous Jupiter. The temptation of the ongoing superior square from Jupiter, or the exchange of these two planets in general, is thus to forego “propriety” and try to make an advance or an improper attempt to ascend out of a challenging situation.

* This could take the form of exaggerating one’s qualifications, groveling to gain favor, manipulating information and emotions to get the desired result, etc.

* It could also take the form of allowing ourselves to be used or taken advantage of in the hopes of gaining something.

* Whatever the case might be, the superior square from Jupiter to Mercury suggests the wisdom of propriety and the folly of impropriety, of adapting to difficult circumstances rather than trying to advance impatiently or unethically.

* The square from Jupiter, especially considering Mercury’s several conjunctions with Neptune this month, also warns us of “get rich” or “get expert” quickly schemes. We may try to sell ourselves as something we aren’t, try to present ourselves as experts before we’ve paid our dues, and we may even succeed or gain some degree or notoriety or success, but if we haven’t actually earned it, our karma will eventually catch up with us, and we will be exposed or held accountable for trying to posture ourselves as bigger than we are.

* As the Sri Isopanisad says, “Isavasyam idam sarvam/yat kinca jagatyam jagat/tena tyaktena bhunjitha/ma grdhah kasya svid dhanam”: Everything animate or inanimate that is within the universe is controlled and owned by the Lord. One should therefore accept only those things necessary for himself, which are set aside as his quota, and one must not accept other things, knowing well to Whom they belong.”

* When we are comfortable with who we are, with what skills and knowledge we are actually in possession of, there is usually very little need to market ourselves, or posture like someone we’re not. We go about our business, knowing that whatever skills or knowledge we have is temporary and not really our own, anyway.
​
* It’s harder to feel outraged by our “lowly” positions when we don’t think ourselves as the owner or sole proprietor of anything.
Prayer: Help us to find the crown jewel of our current position. May we adore exactly what you give us and learn to give it back to you in loving service.