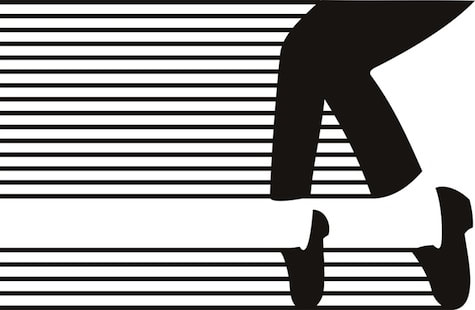 Mercury is retrograde for the next week, and Uranus will be slowing down to station over the course of this month, turning direct again in the new year.

A few things to remember about retrogrades:

* You can also think about retrograde planets like Pacman barfing out the little pellets after consuming them (haha). As each planet goes along through the zodiac it consumes zodiacal degrees, one after another, and so when it moves backward it is giving back what has been gained. Retrogrades are often talked about in association with revision, redoing something, or someone from the past coming back, but we can also say that they signify giving back, losing, or surrendering what has been gained.

* Finally, we can’t forget the stations. When studying retrogrades in the birth chart one of the most important periods to watch for is the station to turn direct that comes just before a slower moving planet will finally move in direct motion to make an aspect to a planet in your birth chart. For example, let’s say that you have a planet at the first degree of Taurus in your birth chart. This Uranus stationing period is a really big deal because as the tide of this period turns and Uranus starts moving forward again it will now move in direct motion straight through the last degrees of Aries and right into a conjunction with any planets in the first degrees of Taurus between now and the springtime. Although we rightly pay attention to the exact moment when Uranus would enter Taurus and conjoin some planet in those early degrees of Taurus, it’s also hugely important to pay attention to the stationing period prior to the direct motion that takes Uranus to perfect its first conjunction to a planet in early Taurus. Why? Because we’re talking about a turning of the tide that is setting in motion a series of events or changes that will lead to whatever Uranus conjoining a planet in those early degrees of Taurus might signify. For example, let’s say you have the Moon in early Taurus and it’s the ruler of your seventh house. This month as Uranus slows down, stops, and then finally turns direct, the tide may be turning in your relationship, leading to inevitable and powerful changes by springtime when Uranus enters Taurus. OR, your spouse might be going through personal changes RIGHT NOW that become a pivotal turning point for a career change this spring when Uranus enters Taurus.

* Simple point, pay attention to station periods, and especially when the planet stationing to turn direct or retrograde will move after the station swiftly to make an aspect of some kind in your natal chart.

* Right now, Mercury is heading for its next station in a week and will make its station in a square to Neptune. We’ll talk about that in days to come. While Uranus is stationing and after it turns direct will be on a straight path to changing signs after seven or so years of being in Aries. We will also talk about this a whole lot in weeks to come!

* After a very slow week, our kickstarter is starting to gain some steam again. However, we are still 140 backers shy of our goal. If you enjoy my daily horoscopes, if you learn something from them, please consider being one of my supporting readers! Pick a reading when you do and I’ll be glad to gift you with some astrological forecasting for the year ahead! Click here!
​
Prayer: Teach us to see your work moving in and through the rivers of time. Teach us to recognize each season and to live according to the intelligence of each season.