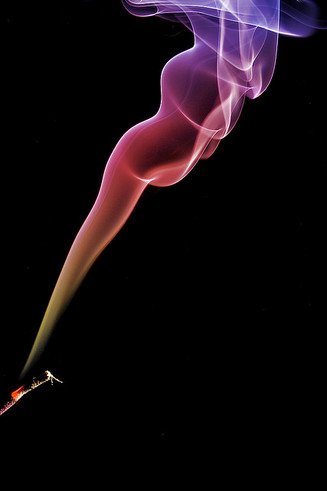 The Moon is in late Aries this morning and will shortly enter her exaltation in Taurus. Last night Mercury was conjunct Neptune in Pisces, and I had a strange sleep adventure which I wrote about here on facebook at around 3am. It was so striking I had to write it down, and this morning I am still struck by the magic of the experience.

In short, I was having a lucid dream about looking into my daughter’s eyes and wondering what was “behind” or “within” them. What does she see when she looks at me so intently and what am I seeing within her? As I was having this lucid dream contemplation I was awakened by a loud crash. A tension rod holding up a curtain had fallen..a literal curtain/veil had suddenly dropped. Before I found the rod I went searching for the source of the noise, convinced some apparition had caused it to drop. Finding the fallen curtain I was relieved and went back to bed. As I fell back to sleep I had a beautiful vision…spirit was all around me, spirit was everywhere, moving through everything, more like the holy spirit and less like a particular entity or entities. I saw my daughter’s eyes again and rather than something hidden within or behind them I saw something emanating between us…or something immanent all around. A spiritual world rather than a spirit world behind or within a material world.

This led me to reflect on the Mercury/Neptune dynamic. Sometimes we get really obsessed with magical/spiritual powers or abilities or psychic or imaginal or spiritual “realms.” I sometimes feel like I belong to a culture of people that unconsciously started playing dungeons and dragons as a kid and just never stopped. smile emoticon Last night’s message seemed to snap me out the temptation to go “spirit hunting” or to get overly impressed with psychic pyro technics….a veil dropped that was and wasn’t caused by anything special…and a numinous “presence” arrived.

Here’s what to watch for today and into the weekend:

* Watch for a stable/sensual/rooted/weighty/warm atmosphere as the waxing Taurus Moon takes hold later today…this should lend itself toward positive growth and development over the weekend, as well as a general feeling of well being, simplicity, sensuality, and earthiness

* As the Jupiter/Saturn square intensifies look for generational dynamics to intensify, perhaps providing opportunities for expansion, growth, and compromise as much as challenge, competition, or conflict

In the meantime, if you didn’t read last night’s post, I’ll repost it today on my blogs so that you can read the Mercury/Neptune experience I had in greater depth in addition to today’s recap. Here it is: https://nightlightastrology.com/home/a-3am-mercuryneptune-experience

Prayer: Help us to see what is all around us, so that within is without and without is within…a spiritual reality rather than just remote spiritual realms