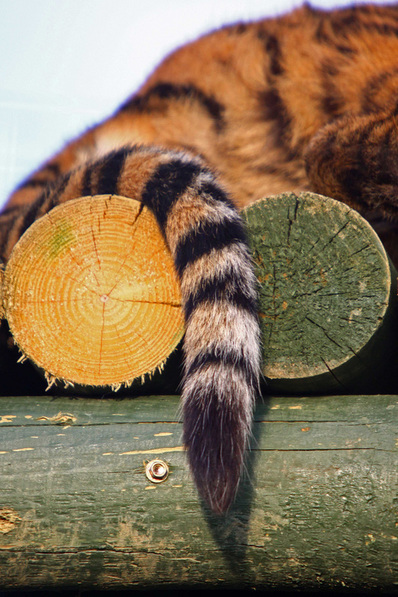 The Moon is in Pisces today, soon to enter Aries. Meanwhile the Jupiter/Saturn square is nearly exact and will be intensifying as we reach the Spring equinox and our full moon/lunar eclipse in the next few weeks.

Let’s look at the Jupiter/Saturn square from a new angle today. This morning while meditating on the Jupiter/Saturn square, especially in light of the wave of anti-establishment enthusiasm on both the left and right wings of American politics, I recalled the 10th hexagram of the I Ching, sometimes called, “Treading on the Tail of the Tiger.”
The decision reads: “Treading upon the tail of the tiger. It does not bite the man. Success.”

This particular hexagram is sometimes compared to a small child who walks on the tail of the Tiger but due to her innocence isn’t bitten by the animal. The Tiger is clearly more powerful than the child, but the power of the child’s innocence, or its naivete, somehow delivers it from danger. One translator writes, “For the weak to take a stand against the strong is not dangerous here, because it happens in good humor and without presumption, so that the strong man is not irritated but takes it all in good part. Such simplicity is faith derived from reality — neither from love of happiness nor fear of unhappiness, but free of fear and hope. The concern here is with the art of action by means of proper conduct, and it presupposes being childlike in its highest sense.”

Another translator says, “To consort with rulers and people in high places may be most beneficial; but, should we fail to please, they may make us regret our temerity.”

Yet another translator says, “Treading on a tiger’s tail. Not snapping at people. Growing.”

In each of these translations we have the idea of something relatively weak dealing with something dangerous, more powerful, vicious, or stronger. The advice of the hexagram is to therefore “tread carefully,” or to “move across the Tiger’s tail with the innocence and faith of a child.” It is one of the traditional texts of the I Ching that encourages tact and good humor when dealing with authorities or structures of power that have a clear advantage, whether that advantage is fair or unfair. The hexagram indicates danger, and yet it augurs success if the danger is confronted with the appropriate spirit.

The image of the hexagram depicts the sky above and a marsh below, which means something like “cautious advance.” Where the sky indicates advance, the marsh indicates caution. Another translator comments that “The superior person, in accordance with this [cautious advance] discriminates between high and low, and gives settlement to the aims of the people.
This is the image of a political leader who listens to the positions of people at all levels of social stratification and works toward the unification of the collective/social will. This position is also one that is by it’s very nature like treading on the tail of a tiger. It is a tenuous and extremely dangerous position. In a sense there is an angry crowd on both sides of a fence. And whether we are extremely liberal or extremely conservative, this particular hexagram is an instruction to be careful of polarizing ourselves against whoever we perceive to be “other” than ourselves. As the I Ching’s depiction of a good politician was also the vision of a sage, the advice of this hexagram is also specifically directed toward a politician’s handling of powerful factions, dangerous dictators, and contentiousness among classes of people within a society.

When words like “the 1%” become weapons we aim at anyone who disagrees with us, even if we have completely just reasons for our anger, we also risk further polarizing anyone who feels unjustly associated with our anger. Ironically the 1% becomes so much more than 1%. On the other side, when people say they’re going to build a wall and make it higher and higher in order to keep out perceived predators or people they irrationally fear, the same polarization occurs. Neither form of advancement recognizes the danger of trying to fight with the Tiger they are, in a sense, creating. And so we have what looks like it could be an extreme political “fight” approaching us in the 2016 election, a kind of ideological civil war. The key thing to recognize is that the anti-establishment rhetoric is shared, but in vastly opposite directions. This should clue both sides into the fact that polarization is occurring as much as any revolution.

Polarization is of course natural, as is revolution. The I Ching hexagram says as much in this hexagram. The two trigrams bind together the concepts of “naivete” and “primal power.” This hexagram is therefore about an image of something very natural taking place all around us. So the point of today’s meditation isn’t to suggest that the anger or the polarization can or should be silenced or that it’s somehow not zen to revolutionize our political reality. Rather it’s to point out the full implications of the situation we all find ourselves in right now as Americans, or citizens of western civilization in general. There is a naivete and a primal power that are bonding together, and it very much reflects the Jupiter/Saturn dynamic. However, as the I Ching states, while the situation is natural, just like the naturalness of a child’s faith or hope for the future (and I truly believe that in some ways this sentiment resides very deeply in the hearts of everyone who is turning out strongly against the establishment right now), there is also a very dangerous level of power involved in the situation: the innocent child is treading on the tail of a Tiger.

As this square intensifies over the next few weeks, Mars and Saturn will also slow to station and turn retrograde, and it’s very possible that a lack of respectful conduct, a lack of child like innocence, will further polarize us against those we disagree with, and that truly doesn’t bode well for anyone on either side of the political fire wall…or any other types of walls.
In conclusion it’s important to say that hexagram ten isn’t about cowardice, and it’s not about avoidance or denial or suppression. It’s about tact, courage, faith, and a non divisive approach…which not even a powerful Tiger will lash out at when it treads across its tail.

What a challenging time…
​
Prayer: Help us to keep the faith and to walk carefully, with love and charity in our hearts, across the tail of the tiger