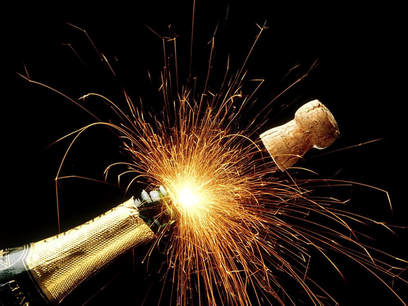 Top things to watch for in the astrology of 2018:

* January 31st features a full moon/lunar eclipse across the Aquarius/Leo axis. This eclipse follows on the heels of the total solar eclipse from this past August. It’s a complete lunar eclipse and is taking place within just a few degrees of the nodes of the moon. Look to the Leo/Aquarius ruled houses in your birth chart, and remember that lunar eclipses generally bring culmination and closure. As the Moon has traditionally been an image of fortune/fate/karma and circumstance, the Moon being eclipsed is often a sign of the ending of a particular set of circumstances, or the culmination of a particular karmic season of life. Sometimes endings bring relief, and other times they are a little more painful. Either way, this is a powerful moment of culmination.

* February 15th features another eclipse, this time a solar eclipse in the sign of Aquarius, with a close conjunction of Mercury. Solar Eclipses are like mega new Moons. Like all new Moons they symbolize beginnings, but solar eclipses bring powerful changes of life direction. The changes of a solar eclipse do not happen right away, but at this time a seed will be planted, and it will involve Mercurial themes. We might even say that a Mercurial seed of some kind is being planted, and again look to the Aquarius ruled area of your birth chart to see which particular topics might be involved.

* In Mid-may Uranus enters Taurus for the first time after spending the past 7+ years in Aries. This is a big deal. The first and simplest piece of advice is to look at the Taurus ruled house in your birth chart (much easier if using whole sign houses!). For many ancient astrologers using whole sign houses, whenever a planet ingresses into a new sign it also enters a new house. Remember, Uranus is a trickster, a rule-breaker, a rebel, an innovator, and a disruptor. Wherever it enters your life, expect big changes, disruption, rebellion, and a breakup of the old paradigm.

* Uranus entering Taurus also means that Uranus will be back into a fixed sign for the first time since 2003. It was last in the fixed sign of Aquarius roughly between 1995 and 2003. Fixed signs refer to longer, slower, and deeper transformational/karmic processes. During that time the entire culture went through a total paradigm shift as the internet burst onto the scene. It was innovative and paradigm-shattering. This is not to say that Uranus hasn’t been innovative or paradigm shattering while being in Pisces and Aries, but it is to say that Uranus moving through fixed signs usually entails more deeply rooted structures being completely redone or reinvented. We should add that the Uranus in Aquarius period was also quite unique insofar as Neptune was also transiting through Aquarius during that time.

* So what kinds of total/deep structures will be up for review during Uranus’ journey through Taurus? Taurus is a fixed earth sign so we might anticipate environmental issues and environmental technology becoming especially important. The sign of the Bull is also a Venus-ruled/feminine sign, and so we may see more cultural changes related to the empowerment of women. It wouldn’t be surprising to see a female president or more women being elected to office around the world. The Bull is also related to agriculture and, to a certain extent, trade, and money (think Bull markets), and so we may also see economic systems changing dramatically or being reinvented (thinking now of Bitcoin and all the cryptocurrency headlines of late).

* To imagine what Uranus in Taurus is up to, compared to Uranus in Aries. Imagine a team of workers arrives at your home to do some landscaping. Uranus in Aries: they arrive fast, mow, cut, clip, clean, shape up and bam, they’re gone. It’s fast and dynamic. It packs a punch. Uranus in Taurus: a crew of workers arrives to help you remove three giant trees, and their roots, from your yard. Each tree has a deep root system and so each tree is going to take a long time to uproot and eliminate. The changes of having the large trees removed are in some ways more substantive because they are earthier and more tangible or heavy pieces of the landscape. Having the grass cut really rapidly is more ephemeral…the grass grows and then it’s cut, over and over. This isn’t a perfect analogy, but I think it works!

* Mars is going to retrograde in late June in a close conjunction with the south node of the Moon, and then Mars will be traveling, via retrograde, with the South node for much of July. This is a big, long, Mars/south node dance, and it suggests a pretty intense time of karmic reckoning, confrontation, purging, releasing, and letting go. The south node has long been associated with decrease or loss in the material world and Mars with cutting, confronting, action, division, and courage. This transit is going to be all about finding the courage to confront the truth and to let go of whatever is no longer serving us. For some of us, this might involve losses, penalties, and the challenging karmic consequences of our past actions (perhaps from many lifetimes ago), while for others it may involve confronting ourselves or others and learning to be content with the fallout or losses that come as a result. Either way, this transit can be very empowering. Indian astrologers have long said that the south node is auspicious insofar as the material losses we incur around the south node lead us back to the reality of spirit.

* July 12th features a solar eclipse in Cancer that is almost exactly opposite to Pluto. Here we see another powerful new beginning, but this one will likely involve some heavier, Plutonian themes. Yikes and also…exciting! Look at the 20th degree of the cardinal signs, or look at the Cancer/Capricorn areas of your chart, in particular.

* July 27th features a very powerful and total lunar eclipse in Leo and Aquarius again, this time the Moon will be conjunct Mars and the south node while Mars is retrograde. This is a big door closing…a more pronounced culmination, ending, or expiration. A total change of circumstance and a big Mars/south node moment again.

* Mars goes direct by the end of August, and then Venus will turn retrograde in early October, in Scorpio. You can go back to the fall of 2010 for the last time Venus was retrograde in Scorpio. What was happening back then in your love life, social life or friendships? What house does Scorpio rule in your chart? This retrograde period has Venus debilitated in Mars’ sign while opposite Uranus and square to the nodes. Mars and Venus are not messing around this year!! Another very powerful karmic threshing season for Venus, though with a square to the nodes it’s more like a karmic crossroads for Venus. What will she choose? The past and the future are tempting us in different directions. Desires will be dividing us as we try to clarify our values and the direction we wish to take moving forward with each other.

* Yesterday I recorded a 50 minute youtube lecture on these topics, if you’d like to hear more. You can check that out on the home page of my website (just scroll down to find the youtube link).

* Meanwhile, I need just 11 more backers to reach 300 backers on the year. That’s still 50 short of what I did last year, but each year is different. Help me cross the finish line and know that your support is part of what makes these little columns appear most days of the year!
​
Prayer: Bless us in 2018. Thank you for 2017. Teach us to give all of our lives to love, and hold us close in the arms of your presence.