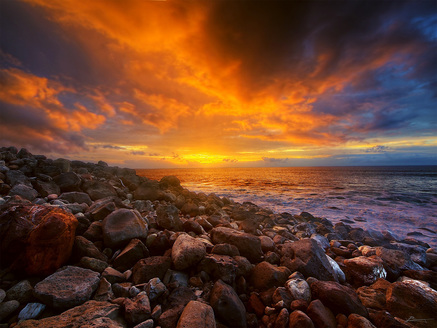 Happy beginning of Summer everyone! Today the Sun is in the first degree of Cancer and meanwhile the Moon is traveling through Virgo and will trine Pluto later this afternoon.

First a brief meditation on the sign of Cancer and then an overview of this summer’s upcoming astrology.

To start with Cancer is a complex time of year because it carries a number of mixed qualities based on its traditional associations with the summer season in the northern hemisphere. As the first sign of the season, Cancer is a cardinal sign and therefore active. Yet, its elemental association with water makes it cool and moist, and hence more centripetal (moving toward the center) than centrifugal (moving away from the center). It’s centripetal tendencies are like the image of rain water moving downward and gathering into a basin, and Cancer is ruled by the Moon. Yet, the Sun is obviously more centrifugal; it pushes energy/light and radiates heat outward.  At the same time, the summer season itself represents heat and dryness, which is closer to the element of fire than water. So there are a number of contradictory qualities contained within Cancer’s seasonal symbolism that we can learn a lot from before even talking about words like “mothering” or “home.”

Here are some images and explanations that tie these mixed qualities together:

Here we have the image of seasonal decomposition. The light is now dying, day by day, but right as the Summer begins there is a feeling of sweetness and “just rightness” despite the obvious decline in front of us.

* Having rested at the summit, the hikers laughter can be heard as they begin the descent..then quiet

Another image of initiation, but of return and descent.

* Late afternoon, closer to sunset, Grandma enters the room and says, “I’m going for a swim.”

Again we have the image of initiation and outward moving energy combined with the inward gravity of age, mortality, death, and the decline of the light.

So right now as the summer season begins here in the northern hemisphere we can take note of these qualities and we can “start to decline” or we can “initiate a process of return.” In some ways Cancer’s love of home is really just the love of the feeling of energy returning inward, back toward the center. Home doesn’t need to be literal with Cancer for this reason. Instead we can think about initiating a process of integration or return more generally.

For these same reasons, Cancer loves:

* Home, hearth, sacred secrecy and privacy
* Quiet, nurturing, nooks and nests
* Patterns that cycle out and return inward
* Cool, dark, moist, shaded, at the edge of the bright light
* Memories that take us back inward, the past, nostalgia, history
* Returning to the same familiar things
* Pacification, good food, good smells, gentle voices and touch
* All things that feature the initiation of a return to mother, home, country, tribe, family, ancestry, the past
* The memory of death, the soul, the depths, the womb, pre-consciousness
* The sweetness of children and childhood, the knowledge of death

One of the most Cancerian films I’ve ever seen is the movie “Stand by Me,” starring River Phoenix and a crew of young boys who go searching for a classmate’s dead body. The film is based on a novella by Stephen King and it takes place during the boys’ summer vacation from school. Though the boys do eventually discover the body, more than just the body they discover their own mortality. When they come back home, though only a few days have gone by they are forever changed. The film is bittersweet, like the summer fruit that’s just past ripe. Like the first days of summer when the light is dying but the innocence of spring’s youth is still in our memory. These are the qualities of Cancer. It’s a complex time of year…one that symbolizes a “sweetness unto death.” The bittersweet knowledge that makes us squeeze our young and old ones just a little bit tighter because we know “these are already the good old days.”

Meditating with these images over the next thirty days might help each of us to make more sense of what’s happening around us. And if you’re in the southern hemisphere, then your job is to get creative! Since astrology’s symbolism is derived from the fixed rhythms of the seasons as experience from the northern hemisphere there has always been some debate as to the application of these qualities in the south. Do we simply flip the zodiac for you guys…so that it’s Capricorn season right now? Or do we try to invert the symbolism of each sign to fit the opposite time of year? We need more astrologers living in southern hemispheres to do this creative work for us and report your findings!

In the meantime, here’s a list of what to look forward to this upcoming season, regardless of where you live…these are the topics we’ll be covering in depth over the next few months:

Prayer: Thankful for the life I’ve seen, and the joy and hardships I’ve known, remembering and drawing it all back and down: now I begin my return home.