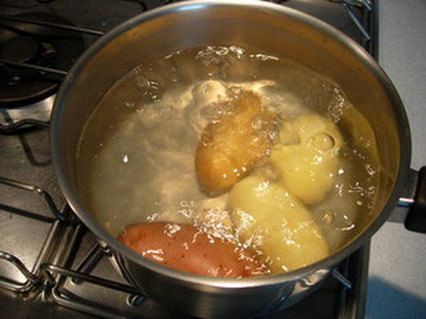 Currently Mars is just 18 days away from turning retrograde in the sign of Sagittarius. Meanwhile Saturn has also turned retrograde in Sagittarius, and sitting sandwiched between Mars and Saturn is the heart of the Scorpion star, Antares. This line up emphasizes the more extreme, Mars like qualities in the upcoming weeks. Saturn being incredibly slow right now and right there in the mix doesn’t exactly lighten the load either. So what should we look for and how should we respond to or work with these celestial omens?

* The tendency to overreact
* Hostile, inflammatory responses
* Going to “war” about something, everything
* Fighting for beliefs, ideals, convictions
* Philosophical, religious, political, cultural extremes
* Principles before people
* Bullying, intractable people
* Inflammation, heat, fire
* Cutting/weapons/explosions/containment of heat or fire
* Temper, mood swings, flying off the handle
* Militarism, resistance to authority, corrupt authority figures
* Overstating, overreaching, aggrandizing, pride before a fall
* Being stung or shocked or surprised by something sharp, attacking, aggressive, or malicious
* Fighting a good fight, demonstrating courage, sticking to our principles, staying disciplined, focused, committed
* Learning to control or harness anger, internalizing principles rather than expressing them forcibly or outwardly

These are just a few archetypal themes that come to mind, but we will add others and meditate on specific themes as the transit intensifies.

During my meditation time this morning I took some time to re-read several passages from Thich Nhat Hanh’s book “Anger.” In one of the opening passages he wrtes, “Not only do we nourish our anger with edible food, but also through what we consume with our eyes, ears, and consciousness. The consumption of cultural items is also linked to anger. Therefore, developing a strategy for consuming is very important.” He shortly goes on to say “You need to sustain your mindfulness for a certain amount of time in order for the flower of anger to open herself. It’s like when you cook potatoes; you put the potatoes in the pot, cover it, and put it on the fire. But even with a very high flame, if you turn the fire off after five minutes, the potatoes will not be cooked. You have to keep the fire burning for at least fifteen or twenty minutes in order for the potatoes to cook. After that, you open the lid, and you smell the wonderful potatoes. Your anger is like that–it needs to be cooked. At the beginning it is raw. You cannot eat raw potatoes. Your anger is very difficult to enjoy, but if you know how to take care of it, to cook it, then the negative energy of your anger will become the positive energy of understanding and compassion.”

During this transit, I am envisioning all of the emphasis on Mars and the element of fire as the anger. I’m envisioning Saturn and the stations and retrogrades of the planets as the potato pot holding and cooking the anger, turning it into the flower of compassion. As a new father, Hanh strikes a chord with me when he says, “Embrace your anger with a lot of tenderness. Your anger is not your enemy; your anger is your baby…You accept your anger because you know you can take care of it; you can transform it into positive energy.”

Prayer: Help us to cool the flames of our anger with the container of mindfulness, prayer, and peace. Help us to turn our anger into concentrated compassion.

​***
For more excellent coverage on these themes and for a deeper conversation on the subject of Mars retrogrades in general, check out Chris Brennan‘s recent podcast talk with Austin Coppock and Nick Dagan Best. These fellas were the ones who brought it to my attention that the fixed star Antares is featured in this upcoming retrograde, and the rest of their conversation is very good for those of you looking for a meaningful talk on the subject! The link is  below!