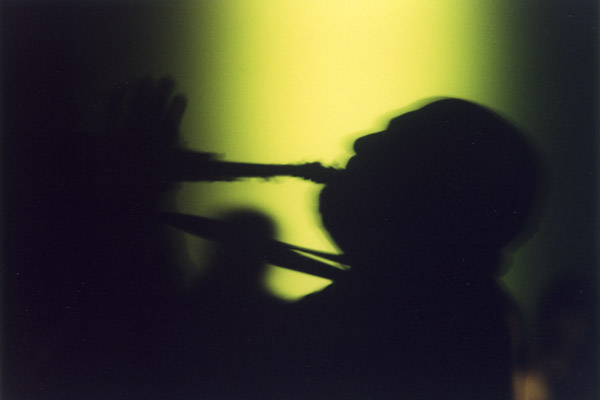 It’s last quarter moon today, which means we’re at the last critical turn of our current moon cycle. From here until new moon next week the light of the moon will gradually disappear into blackness again. Traditionally the moon’s power to act was associated with the quality of its light. Waxing moons were generally thought of has having more influence whereas waning moons were thought to have less. In modern astrology it’s also common to associate the darker moon periods with the thinning of the veil, or the dark mysteries of the unconscious or sacred feminine. Last quarters in particular have frequently been spoken of as the harvesting time of the moon’s cycle. If full moon represents a culmination, then the last quarter moon is like the harvesting of whatever built up and fruited through the full moon.

As we harvest the fruits of this particular cycle we’re looking at the mutable qualities of Gemini and Pisces in combination. This month it’s been all about the mind, our beliefs, perceptions, communication, ideals and ideas, the unknown or unknowable, the limits of rationality, spiritual escapism, walking our talk, and shifting our point of view. Today’s astrology especially highlights the confrontation between the rational mind and the true believer, or the faith filled hopeful enthusiast and the careful, skeptical thinker. We have gurus, devotees, and higher truth mixed with logic, reason, and open mindedness.

For example, in the past 48 hours I’ve received three different emails from students or friends asking me what I think of several different articles on the nature of archetypes and the birth chart. Each person asked me the same thing, “Are we our birth charts?” “What is the birth chart describing?” and “Do archetypes keep us in our head?”

Within each question is a reflection of the current planetary weather. To a certain extent the questions are traps because there isn’t just one way of answering them and in my opinion there doesn’t need to be. Some people say our charts describe our souls, others say the chart is only describing the ego. Some people say astrology is a soul “science,” and that our souls have a specific blue print (so to speak), while others say that who we are is ultimately unknowable or indescribable by means of the intellect or language.

Some say the chart describes the psyche or our psychology while others believe it describes the evolutionary path of the soul back to source or god. Some say that astrology is a form of divination while others insist it’s an objectively verifiable science (we’ve just yet to find the right method for testing its results).

In terms of archetypes, some astrologers use the word to refer very specifically to a metaphysical point of view that sees the predictable moving dynamics of the planets as various spheres of consciousness interacting to create various worlds of co-creative possibilities, while others use the word to basically mean “a multidimensional category.”

At the end of the day it’s my feeling that there’s something interesting in all the different conclusions we come to about astrology. Just like there’s something interesting about all the different ways we think about most anything we’re interested in. To my mind there are two traps in astrology we have to be careful of. One is the trap of trying to over define or over defend the philosophical positions we have about astrology. Two is the trap of throwing astrology out or oversimplifying things whenever we find its intellectual paradoxes or intricacies frustrating. Better to continue astrologizing than get jammed up because of ideas about astrology.

So for me, when I received the sudden flurry of philosophical questions about the nature of the birth chart, my first response was not to see them as literal questions that needed literal answers. First I saw the planets within the questions. I saw the questioning mind and its curious explorations (Gemini), running up against the overwhelming face of the other worldly or transcendent beyond (Pisces). I saw the entire mutable signature of this month, along with the mercury retrograde, and it put me in touch with something happening at the moment I received the questions rather than only a question needing an answer. Seeing the astrology within the questions I received revealed something hidden but it simultaneously pointed toward something concealed even more deeply within. I got that mysterious and exciting feeling…astrology is happening right now.

Some people might say that it’s a cop out to say that the questions I received simply reflect the current astrology. Some people would say I’m not taking the questions seriously by doing this. But I believe it’s the ongoing practice of astrologizing that really matters if you’re going to do astrology, which isn’t any different than a musician who simply hears music in everything. If I go up to a poet or musician and I say, “I’m wondering about whether or not god exists,” the poet or musician will probably turn that question into a statement and let it be the first line of a poem, or the first beat of a rhythm appearing in their head. The rational mind is only a problem that needs solving when we take it too seriously to begin with. The ego is only a big problem that needs solving when we take it too seriously to begin with. When we continue astrologizing, all of our questions about astrology are continually being answered in different ways at different times, until our attempts to harness the power of astrology by our thoughts ABOUT astrology are no longer fruitful or interesting and we’ve gotten comfortable simply “doing” astrology and letting the experiences speak for themselves.

If someone asks a musician “why” they play music, they will probably say, “because I like to,” or “because I love it.” So why do we do astrology? Because we like it.

If someone says to a musician, “What is music good for, and what does it achieve, and how should it be used?” A musician would probably say, “It’s good for a lot of different things. It achieves too many things to name, and it should be used to make good music.”

Prayer: What’s good music? Depends on who is listening.