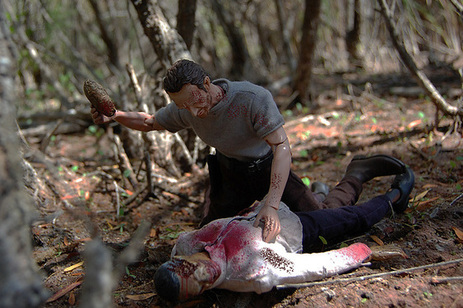 The Moon in Sagittarius is making harmonious aspects to Venus in Aquarius and then Jupiter in Leo before turning void of course and then entering into the dark moon phase. Meanwhile, Mercury is slowing down to station before turning retrograde again next week in the sign of Aquarius, and Mars is about to conjoin Neptune in Pisces.

With Venus in Aquarius about to oppose Jupiter in Leo it’s a good day to talk about personality and group identity. These topics have always been loaded in terms of cultural and religious divides, the history of racial/cultural and religious warfare, etc, but more and more the same kinds of violent identity conflicts are finding their way into our shopping malls and schools, our movie theaters and work places. From the perspective of the opposition between Venus in Aquarius and Jupiter in Leo, the problem isn’t just a systemic result of the unequal distribution of wealth in our country or over medication or even media saturation. Yes, of course, all of those things are problems that we can blame or should take into account, but in blaming those “systemic” factors we might be perpetuating the exact same mentality that is creating such outrage in the first place: a mentality that says “Who you are is merely a reflection or collection of social causes and conditioning.”

Maybe our only counterpoint to this prevailing notion is the image of stardom or fame. To rise above the blandness of the systemic view of identity you have to strike a pose. You need to grab the bull by the horns. You’ve got to overcome adversity and wear a rubberband around your wrist. Be a hero. Say something unique and capture in on video spontaneously. This can be proof TO the system that you are unique from it. That you’ve found your way out or that YOU are the shining exception.

So long as this extreme polarization perpetuates itself, so too does the feeling of being trapped. If the way out of systemic abstraction and blandness is only for the elect few, then we’re easily polarized into the idea that a strong sense of group identity is easier or more desirable than personal destiny. On the other hand, if we believe that the way out is to improve the system, then we’re also easily polarized into a constant war of ideas about the “just or good society,” perhaps losing our respect for ideological or archetypal diversity along the way.

From the perspective of the planetary opposition between Venus in Aquarius and Jupiter in Leo, we have to be careful of making easy targets of each other as a way of dealing with a lack of environmental essence. It’s not as simple as saying, “I’m above or beyond social identifiers,” but it’s also not as simple as choosing which group you belong to and then flying the flag as proudly as you can.

The keyword, I think, is responsiveness, which also has a relation to the words “spontaneous” and “spouse.” In each moment, we are free to respond creatively to our environment, like its a friend or a sibling or even a partner. This environmental responsiveness lends the experience of essence to our day to day lives. This is something James Hillman called, “a psychological environmentalism.” Within whatever groups we identify with most strongly, or whatever social factors we’re most aware of within ourselves, are we just hiding out or avoiding something, or are we constantly responding to our environments, making the presence of other groups and complexities within ourselves known or seen? Are we listening carefully and imagining through the events, people, and places that present themselves to us constantly, like birds calling and flying, perching and hopping? Are we capable of seeing the way OTHERS are responding to their environments? It’s just too easy to respond to systemic blandness in an equally monotone fashion. The systemic blandness is a way of seeing, in other words, that makes even our criticisms of it systemically bland. OH THE BLANDNESS! We have to recognize that part of the phenomenon of public shootings is about the eruption of an authentic RESPONSE to an environment, within an environment, creating a new environment…like the god Mars or Shiva or Kali demanding that we be more alive, more alert, more present, our animal twitch speeds returned to the frequency of the living.

In a show like the walking dead, the metaphor we should pay attention to isn’t just about the zombies, it’s also about the amount of stab shots to the zombie’s heads you have to watch as new heroes replace the fallen and continue to fend off the zombies episode after episode. The reason I personally got bored of the show is because the phenomenon of zombies became zombie-like after a while. The gore of a crowbar through a zombies eye in season one is now dead and groaning on the ground by season seventeen.

Desensitization everyone says….until we’re desensitized to the concept…that irony, that constant gnawing of alive but dead systemic ways of seeing systemic problems…like yet another zombie head bashed against the pavement….

So what does an actual responsiveness look like? I have no idea…do you? Should we start a club? How about a riot of ideas? There’s nothing practical here I can think of.

Prayer: help me to stay responsive and alert, alive to my surroundings…help us to create a psychic environmentalism