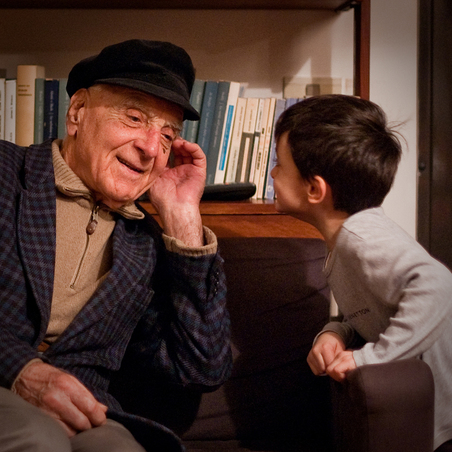 The Moon is in Gemini today, and Mercury (the Moon’s host) is in exaltation and rulership in Virgo. A good day for using our minds to organize, rationalize, negotiate, communicate, think, message, study, write, read, purify, order, decode, or translate.

As the Moon is darkening a number of transitions are finally taking place that should significantly lighten the load we’ve been carrying this summer season. Mars is finally leaving his fall in Cancer and entering the house of the Sun. Mercury has left the rays of the Sun and is very comfortable in his own sign and exaltation. Jupiter is on fixed star Regulus, along with Mercury, and Saturn is direct and finally starting to move forward again.

As Jupiter is finally about to leave Leo and as it starts to separate from its square to Saturn, let’s take a look at some of the generational signatures of this recent square. We can do this by examining the reception between Jupiter and Saturn, and by simultaneously looking at their hosts in the past few weeks.

First, Jupiter represents youth, the younger generation, the new or the up and coming, the liberal or broad view, and the confidence of a dawning era. In the sign of Leo, hosted by the Sun in its rulership in Leo, there is a supreme confidence ushering something new and young along its course. An aura of success, excitement, and hope surrounds whatever young, new, or enterprising stories are being signified by Jupiter right now. It’s as though a voice in the sky is saying, “I have chosen you for this moment, and it will be good.” Or we might perceive it as, “It’s your time to shine. You’ve earned this moment. Good job!”

On the other hand, Saturn in Scorpio (which was retrograde and very slow during the recent square), represented the old, the dying, the bitter, the blocked, the refusal, the scrooge, the cynic, the envious or bitter, the worn out, run down, controlling and interfering. In the sign of Scorpio, hosted by Mars in its fall, something that represents something old and impotent, past its prime, beyond its expiration date, and ultimately ineffective has been trying to interfere with or has been part of an essential challenge to whatever Jupiter represents (all of what’s been listed above).

There is more nuance to this story that we’ll explore in a minute (it’s too easy to simply cast Saturn as the bad guy), but first let’s explore the more straight up symbolism suggested here.

When we look at the reception between the two planets in greater detail, we see that Jupiter is in the sign of Saturn’s detriment, and Jupiter is also hosted by a more effective planet (Sun in rulership). Meanwhile Saturn is in his own term but otherwise not as strongly dignified and also hosted by an extremely debilitated Mars. This suggests a very straight up story about something younger, newer, more liberal, broader, happier, and more confident appearing to Saturn as a major threat.

This is the old person that can’t be happy for the young person, or the older generation that wants to remain forever young to the detriment of the newer generation’s moment. This is also the old person that can’t cope with ageing, dying, changing, releasing, or facing the limitations of an oncoming transition. This is the ungraceful letting go and surrendering of power or position in a company, or the inability to recognize the promise or talent of an apprentice or younger person climbing the ranks. This is the desire to hold onto an old way of life or politics or belief, in the face of an overwhelmingly positive and exciting new way of thinking about things.

The other thing that the youthful side of the equation has to recall right now is that what is old cannot run from its ageing forever. Though the refusal to age, grow up, mature, or metaphorically “die,” is frustrating, it’s days of denial are limited. We cannot take this too personally because if we do we will miss the opportunity to gain the wisdom and realness of our new position in life, relative to what’s come before us. The young become old as the old become young again…and adolescence is a metaphor for the bewilderment of those liminal spaces in between our ever changing role reversals.

As Saturn finds its detriment in Jupiter’s sign, it’s also not just about the refusal to age on behalf of the elder. It’s also about the refusal to mature on behalf of the younger, as though the younger generation wants to have its cake and eat it too. We want to be younger AND wiser than what’s come before. In this way, whatever is younger may not completely deserve promotion, completion, advancement, or success…and in this way the roadblocks thrown up by Saturn can be seen as the result of unexamined hubris.

Another challenging point involves the archetype of age versus the concrete years of life. An older generation may “feel young” while looking old. A younger generation may “feel old” while looking young. And then it’s possible that both of these kinds of statements reflect manipulations or distortions of the simple, Saturnine truth…I am older and you are younger, or vice versa.

We are living in a historical moment where all categories of identity are up for grabs, debate, distortion, and creative transformation. Some of this freedom involves denial and an unwillingness to be exactly what we are (Saturn). On the other hand, denying the inherent diversity or multiplicity of who we are leads to bitterness and rage. This is as much a generational conflict, one between what is old and what is new, as it is a story about “Social Evolution” or “Spiritual Progress,” (two hugely popular gods right now).

So all of this being said, what can we do?

Here are a few pieces of advice, applicable perhaps to any of us finding ourselves on any side of these debates or generational encounters: