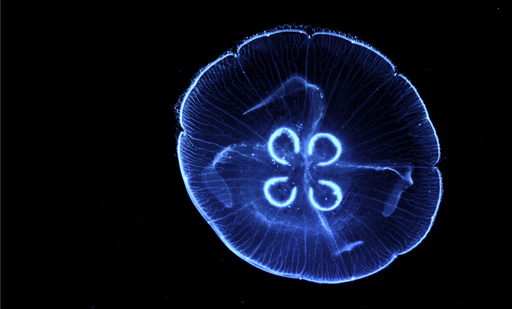 The Moon is in Sagittarius this morning, about to trine Mercury and the Sun in Aries before going void of course for the rest of the day.

Yesterday a chief NASA scientist predicted that we would have evidence of life on other planets in the next 20-30 years, just in time for the next hard aspect in the Pluto/Uranus cycle. This prediction was also made as the Moon was entering Sagittarius and its ruling planet, Jupiter, was turning direct. A good image reflecting back and forth from the stars and planets to the collective consciousness.

Because although most people believe, or know in their guts, that life exists on other planets, that the universe is in fact teeming with life, it’s not yet a “scientific” truth that’s penetrated the collective psyche. Even though evidence now exists that there are “life hospitable” planets and moons, we’ve yet to see an actual picture of a strange little animal or fish existing on some other planet’s beaches or waters. When this kind of discovery occurs, and I’m in agreement with the NASA scientist that it isn’t far off, even though it might seem like a simple and obvious discovery (bound to happen eventually), it will still rock the intellectual and spiritual foundations of a huge amount of people on our planet.

Of course many religiously minded people will still say, “The same god created all of it,” but it’s just as likely that huge populations of scriptural literalists will have to free their minds to consider the archetypal or mythic nature of stories like the ones found in the book of Genesis. That kind of shift, alone, will create waves of new intellectual and psychic freedom on our planet.

Sometimes we point our thoughts in the wrong direction. It’s worth considering…that the discovery of alien life forms, even if it’s just an odd looking mammal swimming in some distant ocean, could teach us more respect for diversity, more respect for the “other,” the marginalized, or the outcast or minority, than any amount of marching, protesting, or political campaigning.

A little over ten years ago when I began seriously devoting myself to the study of altered states of consciousness, ayahuasca in particular, the subject of alien life became a simple truth..as simple as the air I breathed. In my first ayahuasca ceremonies I spoke to dead ancestors, time traveled, moved through parallel dimensions and multiple selves, and communicated with a huge variety of different non material beings. Flashy as all those things may sound, the real take aways were simple truths…that we are not alone, that the universe is a billion times stranger and bigger than I thought it was, that who I am is a tremendous mystery, and that eternity isn’t a destination, it’s a reality.

Can we imagine what might happen if massive amounts of the global population were exposed to similar ideas, through the unavoidable realization that life extends far beyond our planetary turf wars? It’s exciting to think about, but maybe it’s also something we don’t think enough about.The original spirit of astrology is the same as the true spirit of science. A spirit of discovery, courage, pioneering, and pushing the limits of the known. Not for the sake of destroying god or becoming god, but for the sake of discovering MORE gods and for the sake of growing new relationships.

With new relationships, to new life, it’s harder to stay stuck in the same old battles here on earth and within ourselves. So is it possible that our greatest prayer at this hour of Jupiter and Uranus, Jupiter and Aries, is the prayer for the discovery of life beyond ourselves, beyond even our societal conflicts? Is it possible that our notion of “otherness” could grow exponentially as we congregate around the collective human finger pointing to the stars…pointing toward a host of beautiful creatures swimming curiously in some distant ocean?

Prayer: help us to find evidence of distant life, so that we might be kinder to each other and more curious about our earthly differences