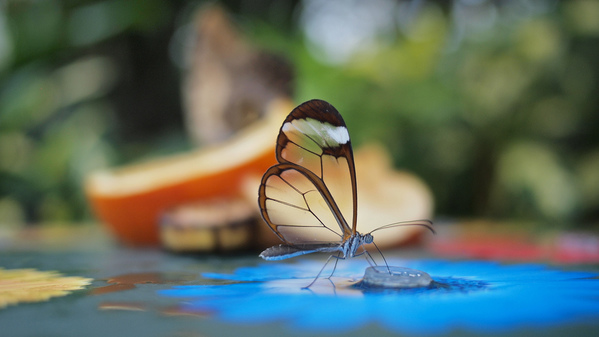 The Moon is void of course today in Capricorn. Meanwhile Mercury is slowing down to station again in Gemini while opposing Saturn in Sagittarius. Venus has just entered Leo, and Jupiter is approaching its exact trine to Uranus. Meanwhile Mars is getting swallowed by the sun as both sextile Jupiter and Uranus, and Neptune is stationing to turn retrograde. Some big shifts coming, though it will still take until the waxing of next moon cycle before we really start to feel the shift of momentum taking over.

As Mercury and Saturn are opposing one another in two signs traditionally associated with the mind, intellect, belief, and knowledge, it’s a good day to talk about the modern spiritual obsession with metaphysics. Let’s simplify our definition of metaphysics for the sake of this meditation. Spiritual metaphysics is the kind of spirituality that centers around explanations of “how” things work, spiritually. So, for example, whenever we present a spiritual paradigm that says something like, “this is the way spiritual consciousness is evolving, and these are the general mechanics of how it evolves,” or when we say “All energy works like this,” or we say, “the soul is governed by this particular set of laws,” or even, “all energy is fundamentally moving back toward where it came from,” — in each of these kinds of statements we’re offering an explanation of “how things work.”

If we say that opposites work toward synthesis, or if we say that things separate and come back together, or that every up has a down and every down has an up…in each of these explanations we are, to a certain extent, spiritual scientists.

But what happens if we step back from these statements and learn to see through them? What happens when we psychologize them?

James Hillman, the founder of the archetypal psychology movement, argued that the soul isn’t interested in metaphysics as much as it is interested in the constant activity of seeing through…of taking something “as it is,” including metaphysical claims about the nature of reality, or even claims about the nature of the soul itself, and working into ever deeper layers of hidden meaning contained within the claims (at the moment or within the environment or specific context they are being made). As one new discovery is made more hidden layers draws us in. Hillman suggested that this mysterious process itself, not its discoveries, is what the soul craves. In fact, he suggested this process is the closest we can get to a definition of soul…which he also frequently compared to the words “psyche” and “imagination.”

So, back to metaphysics. When someone says, for example, that the soul is fundamentally working its way through successive stages of enlightenment, on its way back to source, Hillman would argue that the claim is psychological and archetypal before and after it is ever “true” in any literal sense of the word. He frequently used this same ideas to psychologize about psychology itself.

For example, the Jungian notion of individuation he would frequently talk about as solar or heroic. Not in order to dismiss the theory of individuation but to continue the active process of psychologizing…so that a psychological idea did not become a metaphysic, truth claim, doctrine, or dogma. For Hillman, the major problem of cartesian dualism was still very much evident in the modern mind’s tendency to take fantastically rich ideas and turn them into hard, concrete, absolutist truth claims.

Applied to our spiritual lives, we might try to psychologize or “see through” the most common metaphysical explanations we hold about the way things are or the way things “should be.” For example, the common claim that “everything is love.” When the idea is taken out of the context of a particular moment where its claim is relevant, where its claim is a poetic statement or an organic psychological response to an environment, when the claim is made into a “this is how it all works” kind of thing, then we’ve put a choke hold on the process of psychologizing…which isn’t about whether that statement is literally true or false. The task then becomes about seeing through the truth claim aspect of the statement…..trying once more to uncover something hidden within it. For example…someone randomly posts a claim that “the universe is made of love and its all moving back to the source,” but you notice that they misspelled the word “made.” The statement actually reads, “The universe is mate of love and its all moving back to the source.” You recognize that the person posting is Australian, and furthermore their profile picture shows them semi-nude at a large festival. Immediately you start thinking about Australians, sex, animals in the outback, and mating. These images are now taking the statement and environmentalizing it. Picking it apart, complexifying it, layering it, deepening it, adding an ironic juxtaposition of humor, etc, etc. You now have the image of an zoo’d out australian high five orgie festival rather than a truth claim. For whatever reason the soul needs this in addition to considering whether or not the statement is ever true or false. This is also why the soul, apparently, slides through the cracks and makes little messups like “mate” rather than “made.” It will not be held back too long by the hyper literalizing claims of the rational mind or the ego.

Hillman was a student of Heraclitus, who is sort of like the Greek version of Lao Tzu. “The way that can be named is not the way,” and furthermore this isn’t a metaphysical statement or truth claim. This is poetry.

Hillman loved to tap dance. He was actually buried with his tap dance shoes on.

So if you are feeling uncomfortable with any of what we’re saying here, then I would invite you to see an old man tap dancing in your minds eye. Or maybe you’ll find something else in the words or images of this post which you will then take off with..so that what I’m writing doesn’t STOP the process of psychologizing…of making soul stuff out of what you’re experiencing.

Back to the astrology to close.

With Mercury opposite Saturn we are being asked to psychologize into our beliefs and truth claims and we’re also being asked to carefully examine the images, the environments, and the aesthetics (the felt images) of our beliefs and ideas. Are we actually in resonance with what we believe or the ideas we hold most dear? Is the environment real to us or is it just a lot of words and claims trying to concrete themselves over the organic Tulips of our psyche?

Where are we fresh and organic with our studies, practices, beliefs, and ideas? Where are we just a tired set of frustrated cliches? Where does our spiritual study or belief enact itself as a living system of natural, psychically vibrant responses and interactions? Can we consider that spirituality is more about an environment or a style of consciousness than it is about an explanation or a “this is how it all works” statement?

Important things to consider as Mercury slows to station in opposition to fierce Saturn in the sign of the true believer.