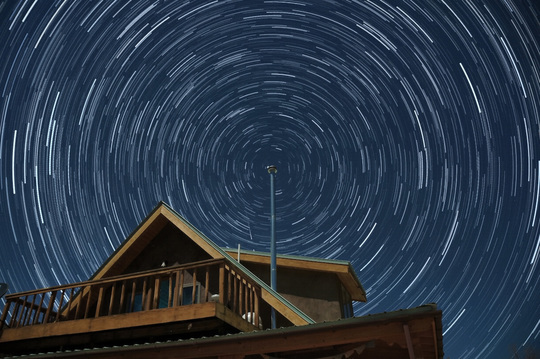 The Moon is in Virgo today, applying to a conjunction with Jupiter and then crossing the north node.

In 2010 I read the entire Bible, cover to cover, over the course of 6 months. It was one of the most interesting studies I ever had because I was simultaneously drinking in ayahuasca ceremonies several times each month and studying astrology, which provided an incredible visionary backdrop for reflection. Among many other realizations I had during that time about the good old book, one of the most important that I had was about the concept of “rulership.” I was reminded of it last night while my wife was carefully eating dinner with the baby strapped to her chest. She mentioned a quote she liked, “If you don’t stand for something, you’ll fall for anything.” I was reminded of a passage from the book of Romans, where Paul says, “Who are you to judge someone else’s servants? To his own master he stands or falls. And he will stand, for the Lord is able to make him stand. One man considers one day more sacred than another; another man considers every day alike. Each one should be fully convinced in his own mind. He who regards one day as special, does so to the Lord…. For none of us lives to himself alone and none of us dies to himself alone.”

In astrology we talk a lot about “rulers,” and all too often we miss the spiritual implication of this important word. As human beings we are “ruled” by a huge variety of duties, rules, responsibilities, desires, and built in limitations (genetics, culture, socio-economic status, race, gender, sex, appetite, etc). Many of these daily forms of “rulership” stifle the spirit and hurt the life of the soul. When we look at a birth chart we get a glimpse of exactly what powers we’re serving and when and where and to what end or effect (some virtuous some not so virtuous). But all of this is only poetic description on the part of the astrologer or the native so long as we haven’t established for ourselves, personally, what larger purpose or direction our life serves.

If we choose love, peace, patience, kindness, friendship, stewardship of the earth and the body, etc, then any and all planetary powers find a presiding judge or unifying order in the heavenly assembly. We may fall short of these ideals over and over, we may warp them through self righteousness, use them as weapons against others, but if they truly become our pole star, if they find true north in our soul, then over time all the planetary deities move with singular purpose in our lives, and when we turn to them they speak as a golden chorus. As the old spiritual hymn says, “And who shall wear the robe and starry crown? Good lord show me the way.”

As the Moon ascends above the ecliptic today, joining Jupiter at the threshold, it’s a good day to evaluate what we serve and how it leads and guides every area of our lives. A good question to ask ourselves is this: what words pour over from the pole star of my life? List those words. Then look at the basic habits or routines of your day. Which of those habits could use some tweaking so that they better serve the ideals of your pole star?

Then imagine each day, whatever aspect the Moon is making, whatever Pluto or Saturn is up to, each planet only serves you as you serve your true north. Each transit speaks the holy scripture of your true north. There is no planet to be afraid of, no transit that is not spiritual gain toward the burning flame of that hope.

Some people understandably disagree with the idea that we should be focused on “improvement.” Rather we should accept life and ourselves as we are. I don’t think acceptance and spiritual ambition are mutually exclusive. In fact I see them as something like the inhale and exhale of my own spiritual north. If we’re ready to embrace paradox at every turn when contemplating the Universe, then I don’t see this paradox as a greater stretch than any other.

Last night I was bouncing and dancing with my daughter while my wife taught with her herbal students. When she finally finished, I was drained. I said to my wife, “It feels like I’m being used. I am literally doing anything and everything but if I stop for just a few seconds she cries. It’s such a sacrifice and there is no sense of her being grateful or acknowledging…just this primary selfish pacification. And yet I won’t stop doing it.” My wife smiled knowingly, looking at me suddenly like a cosmic goddess, stretching out over endless star fields, and I could hear her saying, “Listen to what you just said, my love. That was beautiful.”

And that’s what keeps me anchored to my own spiritual north. The fact, the knowledge that springs up and reminds me, that it was here, guiding me, holding me, doing anything and everything and not stopping, before I decided upon it, before I committed to it, before I recognized it, before I could stand and move toward it with gratitude for the legs it gave to me.

​Prayer: Blessed Moon, rising north, crossing the planet of faith and in the sign of humble service and devotion…thank you for the legs to walk, the arms to swing, the lips to say, the heart to know you.