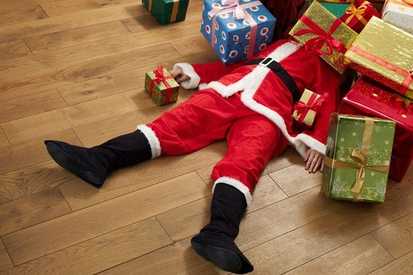 The Moon is in Pisces today, just separating from a very visible and lovely looking conjunction to Venus and now moving today through a web of further planetary connections.

As we begin this new year, here are some of the top transits for us to keep our eye on, as well as today’s:

* It’s a good day to start emerging from the holiday hangover and to return to our best habits and practices,but we should expect that the temptation to continue in some not so great habits will still be here today (Moon/Mars/Neptune).

* It’s also a good day to begin new things, especially bigger projects, but it also might be best to temper our expectations. Start small! (Moon and Sun harmonizing today in the signs of Jupiter/Saturn who are also closely sextile).

* The power of desire is strong right now with Mars and Neptune just separating from each other. We may find in the next few days that we are emerging from a kind of altered state that we didn’t even realize we were in over the past week! (Mars separating from Neptune).

* The desire to build, structure, develop, discipline, work within well defined limits, and/or push the limits of something will be a growing theme in weeks to come (Mars applying to a square with Saturn).

* Watch for the implementation of things that have been under review, revision, or negotiation over the past few weeks. Watch for improvements where there have been delays or setbacks. (Mercury will soon be turning direct again).

* As the year starts in Jupiter and Uranus will be closely opposed and Jupiter’s retrograde will take us toward the second exact opposition by March 2nd. Watch for the continued themes of political opposition, revolution, sudden and unexpected breakthroughs and rapid changes of circumstance, often difficult but including a profound sense of liberation and innovation.

* As the week moves on the Sun moves closer to a conjunction with Pluto, which points toward a powerful moment of change, clarity, revelation, and sometimes death/rebirth.
​
Prayer: Thank you for these revolutions, year in and year out, we celebrate living.