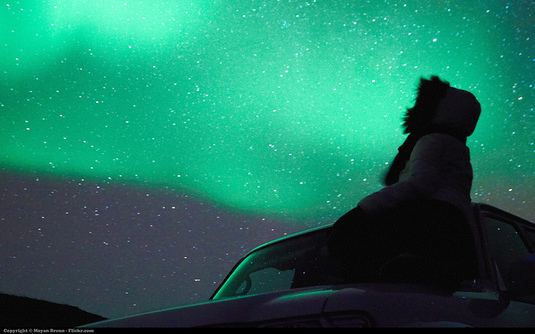 Today I return back to another year of daily horoscope writing, and I have to say that while I’m glad to be back, it was nice to have a solid week off from writing. In the meantime my computer is back at the Dell repair center because it definitely crashed right as Mercury was stationing within a few degrees of my MC (related to career–it was my office computer!), but at the same time I received in the mail the new Mountain Astrologer whose cover this edition features my story on James Hillman and archetypal astrology (which I wrote during a Mercury retrograde last spring!).

Additionally both my wife and I had a full night of supernatural strangeness and bad dreams when the Sun conjoined Pluto last week. It was strange to be witnessing the astrology rather than writing about it. I both liked and disliked it.
So whatever your Mercury retrograde stories have been like so far, remember it’s not Mercury’s fault, and it’s not necessarily your own fault either. Sometimes we need to step back and just let astrology reflect things that happen because they are destined to happen. Travel problems, tech setbacks, or communication breakdowns. These things happen. Sometimes that’s all we need to know.

So for today’s new moon…

The Moon is about to conjoin Pluto and will then move toward a square with Uranus. After the Moon navigates these challenging aspects she will conjoin the Sun by this evening and the first new moon cycle of 2016 will be underway!
The cycle ahead should feature some positive developments as Mercury moves backward into a trine with Jupiter, perhaps indicating something from the past coming back to positively benefit us now, and simultaneously the Sun moves into a trine with Jupiter, and Venus moves into a square with Jupiter.

If relationship issues have been coming up lately they should start to look up again as Venus separates from Saturn and moves toward Jupiter. Issues of responsibility or commitment within the context of relationships have all been highlighted with Venus conjoined with Saturn, but it’s possible that the distribution of responsibility has felt unfair or unequally tilted. It’s also possible that conflict surrounding spiritual or philosophical issues in our relationships has been spotlighted recently. And again all of this may lighten and we may find compromises or positive solutions to our problems as Venus moves toward a square with her ruler Jupiter.

Meanwhile, Mars is in his rulership and will eventually return through Scorpio via retorograde this spring. Just before he stations, Saturn will also station, and so this spring looks to be a little challenging with both malefics stationing and turning retrograde back to back. We’ll keep our eye on that. Sufficed it to say, look at the areas of your chart that cover Scorpio and Sagittarius to see where upcoming challenges might lie in wait.

For today, watch for the Plutonian influence in the next few hours and be careful that you’re not getting swept into the fear and paranoia or worry and power trip of Pluto. At the same time, watch for important clues from the unconscious to erupt or show their hand this afternoon. Then in rapid succession we’ll see the Moon square Uranus. Be careful and use mindfulness, as the Moon/Uranus connection can be especially disruptive and somewhat volatile for the body, the nerves, and our peace of mind. At the same time, there might be some useful inspiration, creativity, or eccentric innovation that comes through this afternoon, and that can also be useful for us if we are careful not to get carried away by the more violent force of Uranus.
By this evening as the Moon and Sun conjoin things should feel “complete.”

For example..my big project today is to organize my schedule for the upcoming weeks and to clean the attic (the last stage in a total house transformation project i’ve been working on the past week post baby arriving). My hope is that by this evening I’ll be receiving that nice feeling of new moon “starting freshness.”

Knowing this is what’s on the way, you might utilize the energy of the day to finish things as well!
​
Prayer: First new moon of the new year. Thank you for the gift of life. Thank you for seeing us through the darkness. Guide us onward into the rising of light again in this new cycle.