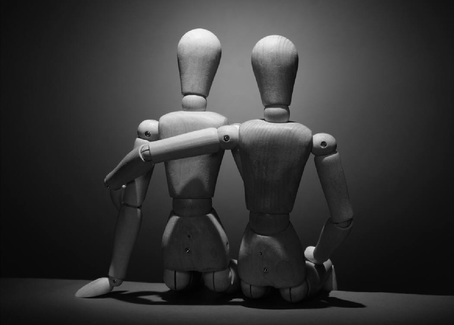 Happy Full Moon Everyone! The Moon will be full just after midnight to night (here on the east coast USA).

Here is what to watch for:

* New directives or initiatives stalled or sidetracked by something exciting, unexpected, or possibly challenging to to certain basic assumptions

* Temporary setbacks within a process…perhaps meaningful, significant and in the long run beneficial

* The desire for peace, stability, simplicity, and relaxation, made complicated by an interference, disruption, or meaningful conflict

* The individuation process within the context of different relationships (Venus/Uranus)

It’s safe to say that as Venus moves into her conjunction with Uranus in the sign of Aries we may see an amplification of the above themes. Uranus and Venus point toward the individuation of our relationships, our personal appearance, style, or manner of presentation to others. Venus/Uranus also speak to our sex lives, to gender/sexual issues in the larger society, as well as our personal “needs” in relationships, and the way in which important conflicts help us to define and separate ourselves for the sake of clarifying where we belong or with who we actually resonate or find deeper connection.

In my news feed over the past week I have seen an increasing trend of people making strong public proclamations (I’ve even made one!). Many of these statements, though brave and honest, are about clearing the air and ridding ourselves of underlying divisions or anger within relationships, or to let the chips fall where they may on various issues (not merely political issues but all kinds of issues). It’s as though what many of us are saying is, “Here’s where I am…you’re either with me or against me.” Or we’re saying, “Here’s where I am…if you can’t accept our personal differences, then let’s move on.”
A few times I’ve had the image of a bench clearing brawl between practice squads of the same football team. Or one of those important fights in a romantic relationship…it starts with something insignificant like, “You ate my last yogurt,” but before you know it you’re down to the essentials, “You’re a selfish person,” and “No. I’m not selfish. You’re a needy person.”

Sometimes these kinds of relational melt downs lead to irreparable damage, and certain factions are created that simply will not heal or come together. On the other hand, sometimes these melt downs lead to a much deeper and stronger bond…as though we don’t really know each other until we’ve clamped our teeth down on each other’s shoulders a little.

The question of the moment seems to be: are these incompatibilities or differences part of an overall constructive process, a process of individuation and growth, or are these incompatibilities going to deepen an already existing rift or division? What are the pros and cons of either result? Again I want to stress that these themes are not merely political but more basically they are relational.
​
Prayer: Through our differences, further differentiating, bring us together again.