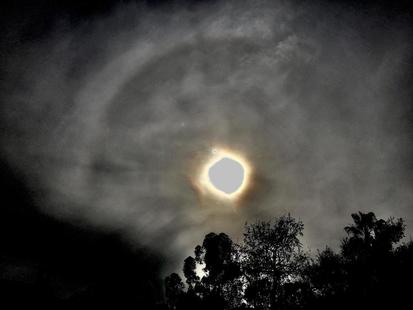 This first full moon of the new year falls across the Cancer/Capricorn axis, while it simultaneously engages the Uranus/Pluto square and the nodal axis of the Moon: a cardinal grand cross.

This grand cross may not be quite as strong given that the 4th point in the cross is a node rather than a planet, but the argument should still be made that we are passing through an incredibly powerful porthole to start the new year.

* A mother exhausted by her child, breastfeeding, stares at her framed diplomas
* A man slips in the rain and mud while taking the trash out, curses, gives up
* A young woman on a hiking trip with friends, loses patience with their slowness and their caution, blazes forward until she can’t hear their voices anymore
* A teenage boy stuck in traffic, calms his own anger, focuses on trying to look the patient, mature part instead..feels good
* A father surprises himself by being open to his daughter’s criticism…”you’re right,” he says to her.
* A kid kicking his legs underneath the dinner table, eager to return to his room where he’s been building an elaborate world
* A single mother introduces her new boyfriend, feels alone the entire time
* Someone finally says, “Stop guilt tripping me about everything.”
* A sigh of disapproval and frustration. “I’ll do it myself.”
* A new position, the first day on the job
* The ceiling disappears…above is the wind and the sky..the air is cold and the time is now

Images have the powerful ability of speaking to the planetary weather in a way that simple archetypal descriptions cannot. Looking through the images above, see if any of them resonate…and then practice going deeper into any of the images as though the scene or image was an aspect of your own life right now. What comes through? How does your scene develop? How does it connect you to your inner guidance and what does that inner guidance have to say?

Prayer: Help us to move through this Full Moon period with a curious mind and a listening heart.