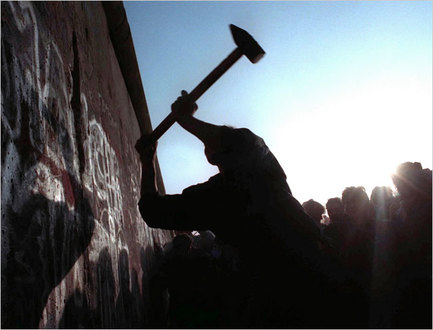 Jupiter and Uranus are exactly opposite today. Meanwhile Mercury, Neptune and the Sun are getting together in Pisces.

* Can I get away with it? Should I get away with it? Is it ever okay to get away with it?
* I can’t hold it in or hold it together any longer.
* Leaks, leaking, leakage…
* Disinformation, manipulation, trickery, and deception
* Saying too much, motor mouth, losing boundaries in speech/communication/thought
* Eating your feelings, medicating, overdosing, binge worthy
* Fluid, thoughtful, poetic, inspired, intuitive, perceptive, transparent
* Dreams speaking loudly

* Note that Mercury is in a “mute” water sign, invisible under the beams of the Sun, and in the sign of its fall. Mercury doesn’t do as well thinking, reasoning, articulating, deconstructing, criticizing, or questioning while in Venus’ exaltation…a place where desire, love, and the appetites are lifted on high…Mercury in this position may be intuitive, poetic, or wildly creative or original in its thinking, but it’s also a difficult sign for Mercury to do “typically” Mercurial things. All of the significations above combine Mercury’s current invisibility, it’s being overpowered by or co-opted by the Sun, along with the unique challenges Mercury faces when in Pisces. In the simplest sense it’s a moment for us to read between the lines, to see behind or within the words, and to feel where people’s hearts are at despite what is being said or done on a more superficial level. It’s also a time to be incredibly cautious about trying to bend the rules or facts in order to suit our needs or desires. It’s also an easy time to lose the plot and/or find ourselves leaking…BELIEVE ME!

* Crack, crack, crack, more cracks in those walls…and nobody wants to pay for it.
* A new sense of what is possible, what is true, what is right…
* Someone will be held accountable.
* The letter of the law isn’t always the spirit and yet the spirit often requires the letter. Bending and breaking rules, laws and codes aren’t always the same thing, but sometimes they are.
* Moral equivalence isn’t the same thing as balancing the scales…one wrong doesn’t make another wrong right, and hypocrisy practiced long enough stops offering offer blank checks and instead leads to bankruptcy.
* “Lock her up” leads to “lock him up.” An escalating echo chamber of accusations, guilt, revenge, competition, jealousy, and greed.
* Freedom, innovation, liberation from oppression…throwing off constraints and demanding change…or having change demanded of us.

* Note that Jupiter and Uranus are finally exactly opposite today, for the second time (the first was around Christmas). Each time we hit one of the exact passes a new wave of this unique historical moment washes over us. Remember that Jupiter/Uranus are also squaring Pluto. These changes are freeing us personally as well as collectively, but the breakthrough often requires a breakdown. We should also remember that these planets are passing through cardinal signs, which means the events are distinct, sharp, fast, and pivotal. They will repeat like this throughout the year, especially toward the end of the Summer as Jupiter/Uranus returns to make its last exact opposition.

Prayer: break down the walls, pour through, flood us with the truth and give us a new vision.
​
ps–special thanks to my buddy Shawn Nygaard for sharing his perspective on Jupiter/Uranus as a “new vision” — we hope to have Shawn speaking at our Spring or Summer speaker series, perhaps giving a talk on Jupiter/Uranus!!