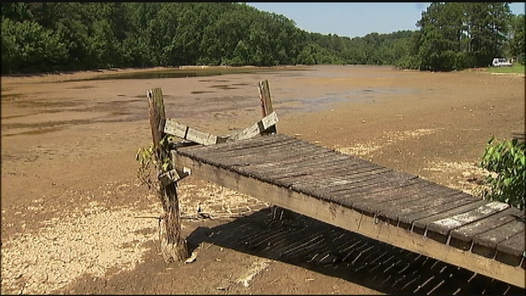 More thoughts today on Jupiter’s entrance into Scorpio, this time from the I Ching.

* The 47th hexagram of the I Ching is sometimes called “Exhaustion.”

* The image of hexagram 47 is that of an empty lake, a body of water that has drained into an invisible abyss beneath it.

* The Chinese character for hexagram 47 shows a tree unable to spread its branches or a plant unable to grow due to being in a constricted or enclosed area.

* One translation of the judgment reads, “Exhaustion develops the righteous. Great people are fortunate and blameless. If one complains, one will not be trusted.”

* Confucian commentary says, “Who but the superior person is still able to advance although straitened by circumstances? It is the central position of the great person, who is firm and correct, that overcomes hardship. As regards speech making, to be fond of argument or persuasion is the way to be reduced to extremity.”

* Another commentary says, “Our belief in the ruling power as beneficial is shaken by doubt. This lack of steadfastness is a problem because it obstructs acceptance and its corrective power. We often receive this hexagram when we feel tired. The oppressiveness of doubt exhausts our inner resources.”

* Another popular commentator says, “This is the realm of the shaman.”

* Jupiter in the deep waters of Scorpio teaches us inexhaustible faith by putting us into situations that transcend words, that put us in touch with tremendous fear and doubt, or that back us into a corner and require us to call on something deeper within ourselves.

* Going back twelve years ago to the last time Jupiter was in Scorpio, for example, I was beginning to write the first draft of Fishers of Men, my first book. During that time a chain reaction of events occurred in my life that was profoundly difficult, most of it surrounded being bullied by other graduate students in my program who basically considered me a “druggy” because of my artistic focus on ayahuasca shamanism. There was nothing I could say in my own defense, or in defense of ayahuasca (which really needs no defending anyway). Instead, I dropped out of the graduate school social life, started running every day and doing nothing but writing my book. I stopped drinking, got rid of my television, became a vegetarian, and basically said: “to hell with anyone who doubts me or this work…the only thing that matters is not losing my own faith.” At the end of that year, I had earned a fellowship to an MFA program to continue my work after my MA was finished, and I had been nominated for and won an award for Creative Thesis of the year through the graduate studies annual award program. My main memory that year…running in the dark and writing in the dark and feeling like I had something to prove and there was nothing words could do to prove it.

* I look back on that time and I see things much differently. Was I really so disliked? Were people as focused on me as I thought they were? Was anyone out to get me? Was I as outcast as I thought I was? Was there really anything to prove? We have to remember that these archetypal powers are tremendous. They manifest themselves in events that seem and feel totally external to ourselves. They can make it feel like things “out there” are conspiring to get us “in here,” and yet these archetypal powers, when they have us in their grip, do not pay attention to such artificial boundaries. When Jupiter, the planet of faith, is in the embattled, Mars-ruled sign of Scorpio, the deep, dark watery yin of Autumn, our faith is a product of conspiring forces. Our faith is an act of finding inner resources where they appear to have been drained in the outer world. But if we are wise, we can recognize, that both the faith AND the drained lake are part of the same image.

* The I Ching shows us a lake drained by an abyss below. What is in the abyss below but our souls? When the outer water dries up, then where else are we called but to the invisible source within? These images go together, though we love to polarize them.

* Were people out to get me, or was faith out to find me? Were my words not believed, or was my soul trying to speak?

* Jupiter in Scorpio is much like hexagram 47 insofar as it says, “Words will not be believed. Perseverance furthers.”
​
Prayer: Guide us to the invisible wellspring, and teach us to see the companionship of our soul, the voiceless truth, within times of exhaustion.