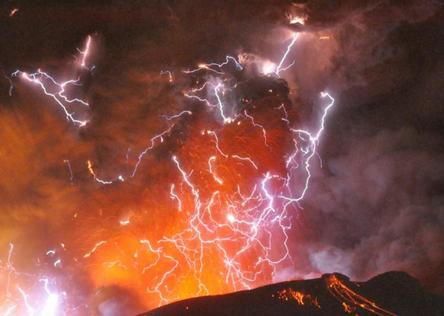 Jupiter in Libra is now just a few days away from its exact opposition to Uranus in Aries.

* The 21st hexagram of the I Ching is called “Biting Through,” and it depicts fire and thunder co-mingled.

* The image of the hexagram represents an open mouth with an object between the teeth, blocking the mouth from coming together to speak, utter, chew, or digest.

* The teaching of the 21st hexagram revolves around the idea that at a certain time forces in nature forcibly remove obstacles to the flow of the Tao.

* Whatever is being prevented from coming together, whatever is holding us back, whatever ways in which we are biting our lips, eventually nature creates a situation where the obstacles are forcibly removed.

* The commentators on this hexagram all mention that the recourse to law and criminal penalties helps to overcome disturbances to peace or harmony in society. The 21st hexagram is often therefore about people disturbing the peace or acting as blocks to peaceful progress and receiving penalties or criminal trials in order to restore peace.

* Although I’ve seen numerous people displaying self-righteous anger about the attention being given to the professional sports protests right now (understandable given how many other serious things are happening in the world right now), it’s important to note that when the masses of people sitting in the gladiator’s arenas (Nascar, NBA, MLB, NFL, etc) are forced to consider the larger picture, it’s not such a bad thing. Sports arenas are gathering places for some of the most primal and archetypal forces in the human psyche. People who are poo-pooing these athlete’s protests, or belittling them, simply don’t have an intelligent grasp of how deeply asleep people are and how powerful it can be when these very simple displays of protest and unity reach these religiously attended arenas. The tipping point of change in the heart of a large group of people isn’t something that is easily measured. Self-righteous indignation toward these athletes only amplifies the same cultural divides that are at the heart of the problem, and so we should celebrate these protests, even despite the fact that we may find the entire culture of professional sports reprehensible in different ways.

* Hexagram 21 says “Biting through has success. It is favorable to let justice be administered.”

* Hexagram 21 says “Thunder and lightning. The image of biting through. Thus the kings of former times made firm the laws through clearly defined penalties.”

* Hexagram 21 is about the ways in which laws and justice inspire reverence and fear for the law of the land in order to keep harmony and peace. When someone thinks they are above or outside the law, hexagram 21 teaches us that eventually by the law of the tao, they get what’s coming to them.

* Hexagram 21 is also about calling people out or allowing ourselves to be called out if we are acting as obstacles to greater unity or progress. It’s so easy for our personal complaints or needs to put us in the position of being an obstacle rather than a servant.

* One commentator says, “Unqualified hardness and excitement would be too violent in meting out punishment; unqualified clarity and gentleness would be too weak.”

Watch for the teachings of hexagram 21 as the week unfolds!
​
Prayer: Teach us to be servants rather than obstacles to unity. Bring respect for the higher order, the higher truth, the higher laws, back into our hearts.