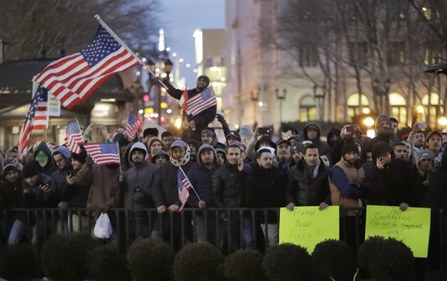 The Moon is in Gemini today, moving toward a trine with the Sun by tomorrow.

* Venus has entered the sign of Aries, the sign of her planetary contrariety, Mars. It’s a good time to stay aware of how our desires are driving us right now. What are we obsessing over, who or what are we pursuing, or who or what is pursuing us? With Mars and Venus together in the sign of the warrior right now the hunter and the hunted are a significant image worth paying attention to. Because Venus is chasing Mars in the sky right now but will refrain and turn retrograde before they can meet, we may anticipate that something we think we need or want may change in the near future, or we may face rejection, or we might have to find the courage to say no to something tormenting or driving us obsessively toward unconscious desires.

* Similarly, with Venus and Mars in a fire sign, there is an aura of fierce love surrounding us. The archetype of the holy or sacred battle comes to mind, and perhaps the question we’re asking ourselves right now is “How do I summon the strength to fight for what I believe in without harming those I love or compromising the values I hold most dear?”

* In just the next week there will be a full moon, lunar eclipse between Aquarius and Leo. The king and the tyrant, the ruler and the outcast, the powerful and the marginalized, or even the proclamation and the resistance are all themes that come to mind with this eclipse. The sun (Leo) symbolizes all that is honorable, clarifying, authoritative, and mandated from above, whereas Saturn (Aquarius) signifies all that is oppressive, rejected or marginalized, ignorant or hiding in the shadows. Although the connections to the current political climate in the US are obvious, personally what might this indicate? Perhaps the simplest theme has to do with bringing light to something marginalized, illuminating a pocket of ignorance, or trying to bring light and clarity to something saturnine that would otherwise typically be cast out or hidden away. Also the question of power and suppression comes to mind. How do we use whatever control or privilege and authority we have in life? Are we using it to bring light, comfort, hope, and love to others or are we hoarding our time, energy, and resources, and constantly fighting against whatever threats we perceive to our sovereignty?

* It’s also important to note that Jupiter is moving into an opposition with Uranus again in the next month, just days after our solar eclipse. Jupiter in the sign of the balance opposite Uranus in the sign of the Ram is very much at play in the unfolding of a major polarization in local and even global politics. The conservative, isolationist populism rising up around the globe in different faces is in a kind of ground war with progressive liberalism and a rising populism in the opposite direction. We also see the image of the independence of the courts (Jupiter in Libra) facing off against the executive orders of what is essentially a populist dictator style strong man (Uranus in Aries), and it’s likely that themes like these will peak several times in the next year (next month and again in late Summer).

* Remember that Mars will also be triggering the opposition several times over the next weeks, and this will greatly intensify the dynamic above, potentially unleashing violence, threats of war, and much greater demonstrations of force and power on the side of Uranus, which could tilt the scales in either directions, and potentially back and forth in unpredictable ways.

It’s an exciting time to be alive because the overall effect of the transits above is to awaken something dead or asleep within us. As we approach astrological spring this force will have grown much stronger!
​
Prayer: Awaken us, and liberate us, protect us.