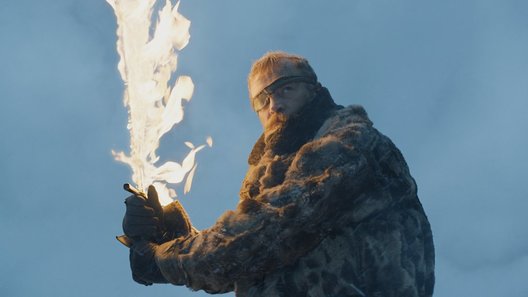 Mars has just entered Scorpio where it will stay until late January.

* Whenever Mars enters Aries or Scorpio it is officially back in its home sign, which you can think of like the owner of a home or property returning after a time abroad.

* Mars in its home sign is empowered in the same way that it’s easier to manage the affairs of your own house from within it as opposed to being abroad!

* When Mars is transiting through another sign of the zodiac it has to act and behave in the manner befitting the ruler of that house. For example, Mars was just in Libra, which is Venus’ sign, so Mars had to deal with a Venusian atmosphere. Mars is dealing with diplomacy, harmony, friendship, beauty, etc., and these are qualities that simply aren’t natural for Mars. Mars is easily frustrated by these qualities.

* For example, Mars ruled things were made weaker or less effective. For example, while Mars was in Libra and made a square to the position of my natal Sun Sign, and as it was opposing Uranus in the sky, I nearly sliced off the tip of my finger while trying to delicately cut a loaf of banana bread. I am awful at cutting cakes or pies (I know, silly!) and was self-aware of others watching me cut the bread and so I tried to be as quick and “natural” looking as I could….sliiiice…ouch. Mars not at its best trying to do things in Venus’ sign. 🙂 I now have a permanent scar.

* The MeToo movement also began while Mars was in Libra, reflecting the importance of the proper relationship between Mars and Venus. In some ways, Mars is being used on behalf of Venusian things, and in other ways, Mars is being weakened, attacked, or put into its place.

* Regardless, wherever Mars is currently transiting you have to read Mars through the lens of the planetary ruler of the sign it is traveling through.

* When Mars comes into its own sign it is easier for Mars to be Mars. Mars becomes more effective and more Mars-like.

* Look at the whole sign house of Scorpio in your birth chart, or the house cusp that Scorpio rules. Mars coming home in that house means the topics of that house are activated, strong, dynamic, and empowered until late January.

* When Mars first enters a house/sign, within the first few degrees, there are often powerful/destined events taking place relative to the topics of that house.

* Aside from this, Mars entering Scorpio places Mars in its feminine rulership where it is empowered to create deep, personal changes in our lives.

* Mars in Scorpio shows us what is real or true, beyond superficial appearances.

* Mars in Scorpio puts us in touch with our real desires, as well as the need to be deeply and authentically “real” with ourselves about who we are and about what is or isn’t important to us.

* Mars in Scorpio compels us to change, forces change, an encounter with shadows accompanied by a deep knowing and trust.

* Mars in Scorpio is like the war-time nurse or battlefield medic, bringing healing medicine in the midst of life’s bloody mess.

* Mars in Scorpio is also the cunning spy, the listener in shadows, the watcher in the dark, and the guardian of truth.

* On the other hand, Mars in Scorpio is content to wait, lurk, and allow for change and transformation to happen of its own accord. Mars in Scorpio knows when to seize an opportunity and when to wait and watch.

Prayer: Fill us with courage and authenticity. Give us the faith to face the darkness and to transform.
​
**If you haven’t contributed to my annual fundraiser, please consider pitching in. As astrologers, most of us rely on our audience to help fund our work. When you support my daily kickstarter you can also choose a reward reading, or another reward, from the list of rewards I offer. Thank you!**