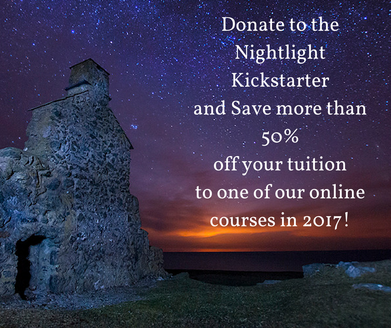 It’s Dark Moon time today, new Moon tomorrow. Meanwhile, Mars is applying to a trine with Jupiter and then transferring the light of Jupiter to Saturn by sextile.

Meanwhile, we are just $495 away from ensuring that this year’s kickstarter is fully funded. This means I need your help. If you read and enjoy my daily horoscopes, please pitch in and help me make sure this project is funded! Check out the readings I’m offering as reward, or the discounts on my online programs and workshops in 2017! Link to donate in the comments section below.

Here’s what to watch for today!

* As Mars approaches a trine to Jupiter and Jupiter simultaneously approaches an opposition to Uranus, we should watch for the increase of Mars like qualities in relationship to Jupiter/Uranus like qualities: muscle, strength, aggression, competition, bravery, courage, pioneering, boundary and barrier transcending accomplishments, technological breakthroughs, cultural and political upheaval or revolution, etc.

* Mars to Jupiter enhances Jupiter’s ability to say “yes” and to grow or ehance or expand what we’re doing, or to introduce new opportunities, and it does so through an aura of confidence, risk taking or impulse, bravery and speed, power and focus. There is a certain gallantry and a kind of rising up to meet the challenges aura surrounding this transit, and as Jupiter simultaneously moves into an opposition with Uranus, the themes of revolution, emancipation, liberation, and rapid breakthroughs accompany it.

* Mars moving from Jupiter to Saturn also acts as a bold or aggressive attempt to unite Jupiter and Saturn, who are moving toward one another but will not fully perfect until August of 2017. It could be that in the next week we see an aggressive attempt at trying to bring about a desired outcome between two parties or positions on an issue. It might just work, so watch and see how this transit plays out, and don’t be afraid to make a bold suggestion or to “go for it” in the hopes that others will follow along or get on board with your attempt to make something happen.

* For now, watch and wait for another acceleration of movement starting in the next few days as the new Moon cycle begins. By the time the Moon first appears and eventually sextiles the Sun from Aquarius, conjoining with Mars, we will be in an entirely different position relative to our goals and ambitions right now. Let things develop as they will in the meantime and trust where your deepest courage is leading you!
​
Prayer: Teach us to tell the difference between self-sabotaging desires and the courage that comes from something transcendent.