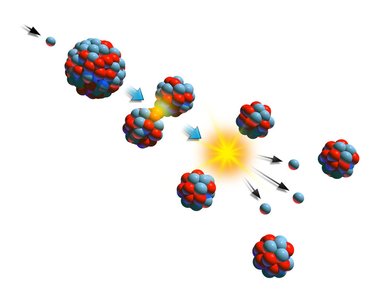 * Mars’ application to Pluto is a powerful force to be reckoned with in the next week. Where Mars drives through, slices, divides, penetrates, heats, and intensifies, Pluto dredges the depths, brings to the surface what is hidden, dying, sick, or festering, and transforms or transfigures. When the two come together the potential for revelation and transformation through forceful, aggressive, and penetrating actions is high. At the same time, Mars and Pluto together represent the power play, the violent, ruthless, dark, hidden, and coercive display of force, aggression, and self-centered ambition. This combination can drive us to transform ourselves in amazing ways, but it can also penetrate through facades and superficiality with an almost vengeful disregard for personal feelings or sensitivities.

* The Mars/Pluto transit is great for working on anger, hostility, and aggression issues in all areas of life. Working to reveal or illuminate the unconscious material related to unchecked displays of rage, lust, frustration, and constant agitation, Mars/Pluto lights up the unseen depths and provides us with an opportunity to either use those forces more constructively or to understand their nature and what triggers their less constructive expressions.

* Mars/Pluto is also about the desire to blow something apart, to desecrate, or to divide something that appears beautiful but is actually ugly, immoral, or deceitful below the surface. However, the same energy is sometimes used to express vengeance, jealousy, and lust…it’s a good moment to be extra mindful of how we are acting and reacting, and why.

* Today the Moon is applying to make its last quarter, which brings us toward the difficulty of finishing, or those natural roadblocks that arise as we’re moving toward the end of the Moon cycle. With a square to Mercury from the Moon in Mars’ sign today, we may see the temptation to argue, tamper, disrupt, or interfere with whatever we don’t like or agree with. It’s one of those days where people may not be ready to hear whatever honesty we have to share, or where we may not be ready for the bottom line. On a positive note, the Moon/Mercury square with the Moon in Mars’ sign is good for clarifying areas of division or contention, so that we might begin to move through problematic areas going forward. It’s also a good day to keep the ball rolling, to stay on task, and to remain steadfast when unexpected delays or breakdowns occur.

* Moon in Scorpio tip…whatever darkness, troubles, or emotional turmoil you may feel right now, it’s usually part truth and part paranoia…so sit with your feelings, acknowledge whatever doubts or fears you have, acknowledge what you suspect, trust your gut, but don’t act from fear, revenge, or an overly defensive place, and your instincts will serve you well!
​
Prayer: Prepare us to be penetrated, healed, and transformed. Give us courage, give us patience, and give us strength for the illuminations ahead!