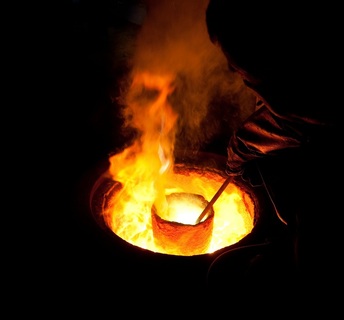 The Moon is applying to a trine with Mercury and the Sun. Meanwhile Mars and Pluto are exactly conjoined this morning, and Venus is now in Sagittarius.

* With the Moon in Mercury’s sign it’s a good day to multi-task, to work with tech issues or organizational restructuring. It’s a good day to converse with others or think through problems cooperatively.
* With the Moon in Mercury’s sign applying to Mercury in Venus’ sign it’s going to be a good day for working out compromises or solving tricky issues or problems together.
* With the Moon waning and applying to the Sun we also have the idea of the effective dissemination of information…announcements, the releasing of important news or ideas, etc.
* The Moon applying to the Sun is also a general “yes” to things that we are trying to accomplish…and again with the Moon waning it’s likely that these accomplishments have something to do with finalizing, announcing, or completing an agreement that has been up in the air.
* Meanwhile, with Mars/Pluto conjunct we should keep on guard against flare ups, explosions or outbursts. Mars/Pluto can be quite volatile so be careful not to feed into reactionary exchanges or situations.
* Mars/Pluto is also empowering. We become bold and empowered during Mars/Pluto transits.
* Mars/Pluto may also indicate the power of our desires and the transformative effect they have on our lives and various situations.
* Mars/Pluto may also act as a purifying or purgative fire or intensity.
* Look for the Capricorn ruled area of your birth chart, or planets around the 15th degrees of the cardinal signs to see where the Mars/Pluto transit might be effecting you most powerfully.
​
Prayer: Burn, clean, intensify, and transform us, so that we might be empowered again, so that all that is dead and ready to go might find its way to the light.