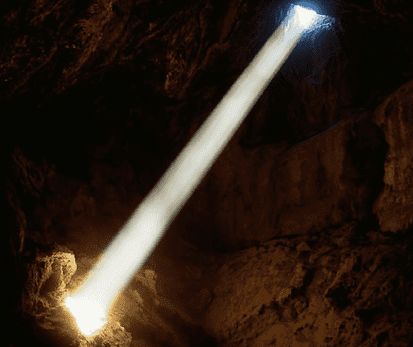 A meditation on the meaning of cazimi, dedicated to my fallen astrological and herbal colleague Tricia McCauley, who was brutally murdered on Christmas this past weekend.

My favorite writer and thinker, James Hillman loved to say that “we are lived by powers we pretend to understand.” Hillman, an archetypal psychologist like Jung before him, recognized the life of the soul or psyche as a kind of middle ground between the everyday stuff of human life and the realm of gods and myths, daemons and archetypal energies. Hillman believed that in order to live soulful lives we have to stop trying to redeem, save, or correct all the confusion and instead live with a kind of transparent awareness of the archetypal within the mundane elements of human life: the boredom, the betrayal, the drudgery, the violence, and confusion, the broken childhood stories, etc. In other words, it’s our work to look for the god in the sicknesses of the world and to find its romantic, archetypal, and aesthetic value for the soul, rather than trying to simply root out, purge, or banish the difficulties of life. To Hillman, trying to banish or root out the complexities of human life was the equivalent of an unhealthy spiritual bi-passing…something that rejected rather than embraced the real depth, mystery, and complexity of the soul of our world.

Tricia was an astrologer and actress, a yogi and herbalist who embraced the same kind of romantic love for the complexities of life that Hillman prescribed over and over again throughout his prolific career. In my last conversation with her, Tricia was discussing with me the challenge of a difficult Neptune transit in her birth chart after I wrote a post about James Hillman’s often repeated line: “We are live by powers we pretend to understand.” The planet Neptune was conjoining her natal Sun and she told me that she was feeling a sense of confusion about her life’s purpose, meaning, and direction. As the Sun in astrology (among other things) pertains to our sense of direction, purpose, and calling, it wasn’t surprising for me to hear that she was struggling in this particular way, as this is a common Neptune/Sun experience. But then she wrote this as a qualifier to her challenges with the transit…”[But] I always find that (no matter how challenging the actual experience is), my life is easier and more clear while doing theatre — like there’s an outlet for the archetypal energies that otherwise would fester. All the “challenging planetary transits” become more manageable as an artist than as a civilian!”

What Tricia clearly knew was that she was in the midst of being seized by an archetypal power. Rather than trying to compete with it, purge it, or heal it, and rather than living in fear of it, Tricia simply recognized it for what it was and chose to let the power of the transit come through her, creatively, by returning to her love for theater (which she told me she had been away from for a little while). She could have easily chosen to feel as though she was sick, lost, or in trouble, but instead she shared with me that what she saw was Neptune. Like, “Oh that’s just Neptune, and he wants to act in and through me. I think I’ll return to the stage.”

When Tricia was brutally murdered on Christmas, her natal Moon/Mars opposition was being exactly conjoined/activated by the current Jupiter/Uranus opposition (a very powerful/sudden/shocking and potentially violent theme). Meanwhile, the ruler of her 8th house (a house whose topics include death), Venus, was being eclipsed right on her ascendant by Neptune.

I am sure that Tricia did not want to die, and I cannot imagine passing from this world in the way that she did. But I can also tell you based on the profoundness of her soul, her dazzling intelligence, and her love for the archetypal powers of astrology, that she would be the first to say that we are all actors upon a stage far bigger and stranger than we are capable of understanding most days. In fact, I could almost feel her presence this morning, with me at my desk, looking at the transits in her birth chart, saying things like, “Oh look at my Mars/Moon opposition getting activated by Jupiter/Uranus. Wow!!”

Tricia was the caretaker of an urban garden. She understood that we have to grow things right in the thick of everyday life and all its chaos. She lived that way and she died that way, and as far as I knew her, she had no illusions about the fact that our lives are the expressions of mythic forces, and that the best we can do is let them flow through us with thoughtfulness and care. In fact, I think this is what made her such a profound human being, someone who lived each facet of her being from the standpoint of a participation mystique.

So what does this have to do with Mercury being cazimi with the Sun today? Well, when Mercury conjoins by zodiacal degree with the very heart of the Sun it is as though the power of the King/Queen (the Sun), is temporarily granted to the messenger (Mercury). When this happens it can signify many different things (lest we forget that astrology is a contextual/divinatory art form), but most generally it symbolizes the importance of cultivating the exact kind of mindset that Tricia lived by each day.

C.S. Lewis, another favorite thinker of mine, loved to use an analogy to describe the meaning of a spiritual symbol. Imagine that you are walking into a gardening shed tucked under some trees in the shade. You walk inside the shed and it is dark save one long beam of light coming in from a hole in the ceiling. At first, you are staring at the beam of light, and that’s what it is…a beam of light. But then, you walk into its ray of light, and you look along the beam, through the beam, up into the world and by its light you see the tree branches and blue sky and white clouds outside and above. Lewis said that a real spiritual symbol is one that at some point moves from being a beam of light that we’re looking AT, to one that we see by means of into the world.

Mercury at the heart of the Sun is just this kind of move. It’s the move from seeing a symbol to seeing by means of a symbol, so natural that we no longer say “I’m doing symbolic thinking” and instead start to see, perceive, understand, and live by means of the symbol itself.

If there is anything I believe I am here to cultivate, in myself, in my readers and clients, in my friendships, and my community, it is the same understanding Tricia embodied as a symbolic thinker….not someone who liked symbols or had them memorized in some kind of rote spiritual science, but someone who lived, saw, and breathed life by means of their rays of light. In the living fibers of planets and plants, in the wild animals of yoga postures and the faces of the many characters and voices she inhabited as an actress.

So, as Mercury is at the heart of the Sun, I see by means of Tricia’s life and am trying to say something as a messenger on behalf of my soul sister…her life was itself a beautiful and timeless symbol that we can all see by means of if we take the time to let HOW she lived illuminate how we live today.

I know she would tell us the same. Because as she said, “I always find that (no matter how challenging the actual experience is), my life is easier and more clear while doing theatre.”

In your loving memory my friend!!! Travel well, be with the stars, you are a star whose light we will see by means of…whose rays will still be reaching us long after your death.
​
Prayer: Bless us to see by means of each other’s light.