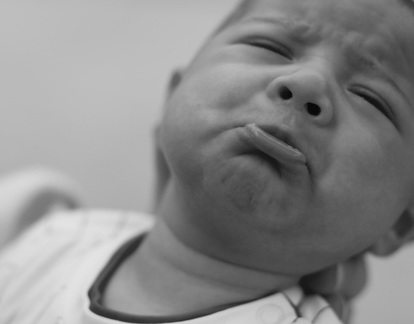 ​The Moon is in Cancer this morning, moving to oppose Mercury and Pluto in Capricorn and then a square to Uranus in Aries. The Moon will be full by tomorrow morning.

Let’s take a deeper look at the Mercury/Pluto conjunction. As if on cue, last night my daughter had maybe her most epic meltdown of her 6 weeks on planet earth. As both my wife and I lost our minds for about five hours we also had the opportunity to contemplate a lot of “deep shit.” The experience wasn’t unlike a mushroom trip. In those five hours I became:

* A dancing fool thinking about cosmic suffering…her inconsolable cries and screams the cries and screams of something timeless
* An origami master swaddle folder, contemplating the geometry of peace
* A sshhush and white noise machine, wondering how the first humans ever survived a fourth trimester outside the womb and feeling like there is something deeply mechanical about the process of life developing that we don’t like to look at because we prefer stories about angels
* Completely disillusioned with the developmental psych babble about how much were you held or nursed or were you talked to or how did your parents sleep with you…life is refreshingly primitive compared to who caused what to happen to us when we were infants
* I became a zen buddhist…in the times she was quiet and calm, my quiet and calm was the true definition of empty…as in tired, done, maxed out, and empty as a stoic frog sitting on a lily pad…is this love, is this life, is this just one bad night…who cares…I have nothing left
* A single mother…all single mothers…holy shit on that count
* An abandoned child, an abandoning parent…I had to set her down to take a breather…my wife did too…we half joked….put her in a basket like Moses smile emoticon
* Someone ready to punch every last unsolicited parenting advice giver on facebook in the kisser…is it possible to post anything about parenting or children without a dozen unasked for pieces of advice?
* A thirsty man…I couldn’t even get a drink of water for like 2-3 hours…the simplest things become most difficult, and the word sacrifice hung over my head the way a strong bout of nausea hangs over you…consuming, crippling, like a sick hand holding you down..

This morning I took an hour just to clean up the fragments of the tear bomb…how things got where….a bottle of water rolled onto the floor by the TV, a burp rag wadded up on top of a heating vent, the white noise machine still playing rolling wave sounds, the dogs looking up….food, outside, squirrels? The towels all over the floor in the bathroom, fan still going, dirty plates all over the counter, milk spotting just about all furniture.

I sit for a minute in the debris…feeling emptied. I walk upstairs, and look in on my wife and daughter. She is smiling and looking up at the ceiling like she sees angels dancing somewhere we can’t see. She’s swinging her arms in the air. My wife is looking at her like the day we first brought her home.

So, wherever your own Mercury/Pluto detonations take you, don’t forget that life is like this. It’s raw. It’s powerful. It’s filled with glory and pain and irrationality. It’s filled with the attempt to alleviate the suffering. It’s filled with emptiness. There is a lot of wisdom to be found or gained, but not all of it is necessary or applicable. And there are angels in the ceiling. My daughter sees them in the blades of a ceiling fan or the white speckles. I see them in the ceiling of the sky.
I can’t tell you how many times last night I thought to myself, “Mercury/Pluto, okay, thank you.”

Prayer: Okay. It’s hard to believe. But thank you.