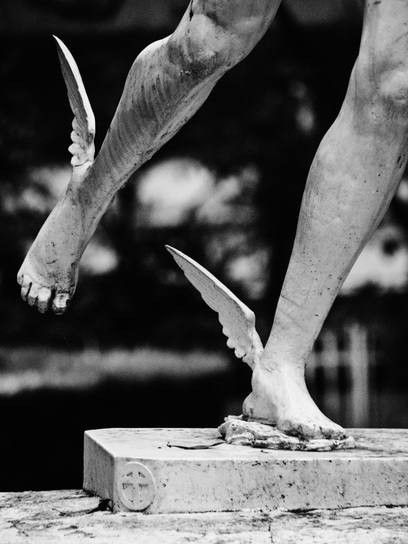 Mercury is stationing to turn retrograde by Wednesday morning…

Things to remember about Mercury retrogrades and what to watch for:

* Mercury retrogrades are common. They happen several times each year. In fact the very meaning of the planet Mercury, as an astrological symbol, cannot be separated from its regular retrogrades. Mercury’s swift speed and back and forth motion were classically what related Mercury to contests and athletics. Some astrologers in fact say that one of Mercury’s core actions is to “contest.” Think for example of your foiled travel plans, think of detours, intellectual debates, technological snafus, argumentation, and skepticism. Think of messages and messengers, think of plans and challenges to plans, think of words and the failure of words to communicate. Think of negotiation and the challenges of arranging or organizing agreed upon terms. Think of money and bargains and deals and merchants in old city markets. In each one of these themes we have Mercury’s swift speed and we have Mercury’s back and forth…contesting, debating, analyzing, scrutinizing, and explaining. So the first thing to remember about Mercury retrogrades is that they are present and implied in almost all “normal” Mercury themes…and in fact retrogradation itself, as an astrological symbol, is in some ways lent to all the other planets by Mercury…the back and forth, speedy merchant and messenger of the Gods!

* In this particular Mercury retrograde Mercury is in his own rulership and exaltation, so Mercury is in an environment that will allow him to accomplish more than if he were the guest in another planet’s home. He runs the show in Virgo! Also during this retrograde Mercury is conjunct with Jupiter, and Mercury will be the planetary host of both a solar and lunar eclipse in the month ahead. This means that much of the astrology of the next month will feature Mercury ruled topics or themes.

* Watch for changes or challenges to the Mercury ruled areas of your birth chart (the houses ruled by Gemini/Virgo).

* Watch for changes related to money, finances, markets, or the organization of businesses, offices, projects, and jobs.

* Watch for changes of direction with regard to learning, reading, writing, or communication styles or approaches to communicating with someone or something.

* Watch for changes of travel plans, technological challenges, important communications along with misunderstandings or misinformation. Read the fine print, think twice before entering into long term agreements that you’re not sure about or that appear suddenly and require and impulsive decision.

* Watch for the sudden desire to reorganize, clean out clutter, or create a more effective or efficient method for doing something.

* Watch for the return to consider, learn, or discuss something from the past.

* Watch for bargains or offers from someone or something that want you to return to something from the past.

The solar eclipse this week opens a powerful new door, and the opening of this door may involve completing something from the past or returning for to someone or something from the past. Or it may involve any of the above Mercury retrograde themes coinciding with a special opportunity or new beginning. More on the eclipse in the days ahead.
​
Prayer: Teach us the wisdom of a discerning heart.