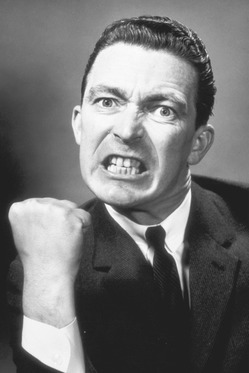 The Moon is in Pisces today. Meanwhile Mercury is applying to a square with Mars and Pluto and the Sun is moving into an opposition with Uranus.

When Mercury squares Mars we often become rather cavalier in our thoughts, words, and actions. We may become demanding or coercive, we may try to strong arm or bully our way to what we want, or what we think we deserve. We might also act rashly or impulsively and end up harming ourselves or someone else. So be careful, be mindful, and watch for the agitating influence of Mercury and Mars today and tomorrow.

When Mercury squares Mars its easy for conversations to escalate quickly into anger, frustration, blame, and accusation. Be careful of the tendency to make demands or to answer to other people’s irrational demands at this time.

When Mercury squares BOTH Mars and Pluto we can anticipate that information may come to light that is damaging, violent, or destructive. However, we may also see revelations that cleanse, purge, eliminate, and cut out what needs to be removed. We may also see the strategic use of media and disinformation or propaganda, suppression or control of information that should be free or made public, or the general debate surrounding what kind of information should be private versus public.

When the Sun opposes Uranus there is sometimes a window of incredibly dynamic creativity and innovation that arises.
* Challenges to authority figures.

When the Sun opposes Uranus there is often a direct challenge to authority or authority figures, to a person’s honor, reputation, or position at the top of something.

When the Sun opposes Uranus there are also frequently challenges to or from fathers, father figures, or the creative “source” of something. Who carries the responsibility for the creation of something might become an issue in the coming days.
​
Prayer: Keep our minds, thoughts, and actions free from the temptation of reckless impulse and irritation.