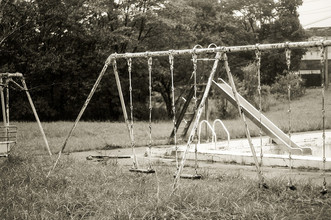 The Moon is in Scorpio again today, applying to trine Venus and Mars in Pisces before making its last quarter square to the Sun. Meanwhile Mercury goes direct this morning.

A few things to watch for:

* Last quarter Moons are the harvesting time of the Moon cycle…an accumulation of experience has led us to this moment…under the growing power of darkness we might notice something is being eclipsed. A crumbling building, a rusting playground, and a single observer dreaming of the next incarnation. When what declines is on the rise, we begin the process of imagining the new. The dark eye of the last quarter moon is the husk of a seed taking shape. Utopian dreams mingle with the dry death of middle winter…the Aquarian impulse to negate the old and draft the new, crouching now like the Scorpion, hidden beneath the bones, the red marrow giving power to skeletal plans.

Gathering momentum…our revisionary ideas for the year ahead (Aquarius) need an underlying force of emotion…the stubborn insistence of revivification. To re-imagine some aspect of our lives without the taste of blood in our mouth is to set ourselves up for the kinds of actions and changes that only lead to hollow victories.

* As Mercury turns direct a period of implementation is on the rise…but don’t be fooled…when Mercury is slowed down to a stop, it doesn’t necessarily matter whether Mercury is direct OR retrograde…the speed of the planet often matters just as much (if not more) than the direction. Remember the greater context. Mercury is going to pick up speed little by little as the Moon’s light is dying. The Moon’s power to act and compel things forward is much greater when on the waxing side of the cycle, or at the very least NOT during the last dark phase of the cycle. Also, with Venus and Mars moving together to conjoin at the time of the new Moon, and with Mercury simultaneously sextiling Saturn again (whose slowing down to a stop), the deeper changes we’re hoping for will take hold more solidly once the next Moon cycle has begun…but even then, the best time for implementing things you’ve been holding off on will be much better during the last week of February. Patience is key during transitional times, so let things take shape naturally. Each little shape needs its own moment.

Prayer: Each small shape, it’s own shape too.

Image by courtesy of gumotorg, at creative commons image licensing