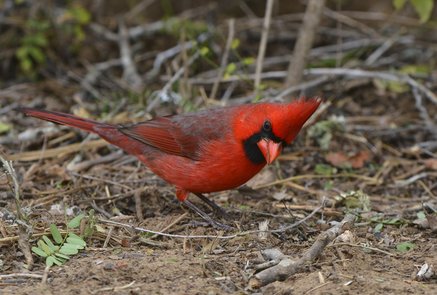 Mercury and Mars are conjunct today and both applying to an opposition with Pluto.

* Hexagram 55 of the I Ching shows a picture of abundance, of the Sun at high noon, of achievement and maximum fullness
* The teaching of Hexagram 55 has to do with reaching a state of fullness without getting puffed up about anything
* We don’t get puffed up about anything because we know that fullness and emptiness alternate
* Hexagram 55 is also a teaching about how to maintain a state of abundance on the level of the soul, without mistaking ourselves for the fruits or rewards of our labors
* The advice is to be like a King who knows they will die and eventually abdicate the throne…
* Hexagram 55 line 1 depicts a partnership forming that will allow for mutual benefit and ongoing abundance
* The partnership depicted in line one has to do with forming an allegiance of subservience between the ego and the soul such that the ego comes into service of the soul, and therein productivity is redefined according to a better or more far-reaching vision of peace and prosperity…the wealth of the soul
* The partnership depicted in line one may also indicate the need to eliminate or evaluate what agreements, contracts, partnerships, or allegiances are working and those that aren’t working…sometimes the first step toward healthier allies involves the recognition of relationships or working agreements that are no longer necessary
* With Mercury and Mars coming together in opposition to Pluto there are opportunities to commit and to deepen our working relationships with the appropriate allies, but there is also the possibility to dissolve, end, or terminate relationships or agreements
* When the first line of 55 changes it becomes 62, lying low, or becoming small.
* In hexagram 62 we see the image of a bird flying high and the instruction that by flying too high its song is not shared, as it should be, with the world, and that in order to be successful we should not strive to be big but rather we should strive to be small
* Doing the small things right means making small adjustments, which in time produce long lasting abundance
* Mercury and Mars opposite Pluto can tempt us into making big pronouncements, claims, statements, or decisions. The advice of this sequence is to look for more beneficial agreements, probably through some form of better partnering and through reduction. Getting a core sense of who we are and what we value, we can make decisions to allocate time, resources, and energy, and we can determine which relationships are worth keeping and which we should perhaps eliminate.
* Even when we eliminate something, there is a way to make eliminations or terminations that is modest, gentle, and small, rather than grand, declarative, and bugle blasting. Be careful of being big while becoming small, in other words.
* Also, generally speaking, this sequence warns us not to clutch to power or be tempted to strive for more right now. This astrological configuration will curb our enthusiasm the more we try to force things. Remaining small, focusing on what’s true at the core, forming more intelligent agreements, reducing things where they need to be, there is an opportunity to be like a wise ruler who is mindful of their legacy in times of reduction as much as in times of gain.
​
Prayer: Teach us the art of being small, of being sincere, and of eliminating whatever we need to in a spirit of gentleness and simplicity.