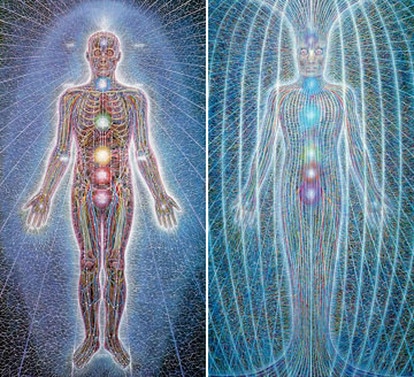 Mercury and Mars are separating but both are still applying to an opposition with Pluto. Mercury will perfect its opposition to Pluto by this evening, and Mars to Pluto by Sunday.

* How does a sincere change of mind take place? When Mercury opposes Pluto the mind may be changed by moving from the gross to the subtle. As Pluto represents the underworld, and Mercury is the planet most regularly diving into and out of the underworld, cloaked invisibly beneath the rays of the Sun, this opposition provides the opportunity for the mind to perceive something subtler than the gross level of reality it is accustomed to perceiving. Equipped with this insight or perception, the mind may deliver the message to the body through a sincere effort to make changes on the grosser level.

* For example, let’s say you find yourself in a trance while driving to work one morning. You’re thinking about some particular conflict or issue troubling you, and suddenly the issue becomes a little more three dimensional. You are able to perceive it from all sides, as though suddenly it is suspended above you and you’re looking at it from below, or from a perspective subtler and slightly more objective than your own stake in the situation would typically allow. Everyone knows an experience like this.

* Now, let’s imagine that as you’re perceiving the situation from a slightly more objective position, you see your own stake in the situation and recognize that you’re not in the right. You have the upper hand, let’s say, but you’re actually not in the right. This simple observation, viewed from this upside down, underworld, subtle level, allows you a kind of quiet joy and satisfaction. It feels good to be wrong because the process by means of which you’ve just arrived at this truth feels more like the person you are…somehow this subtler position feels closer to the heart of you.

* Now, you could snap out of your trance, shake it off, slurp a big gulp of coffee, and press back to the gross level to assume your position, “well, that’s a nice thought,” or this subtle shift might prompt you to make a phone call and disperse the conflict by abdicating to the subtler voice that spoke to you during your driving trance.

* Sincere changes of mind and heart are found when we drop below the gross level of something, becoming almost invisible, and listening to the truth in that place, we quietly come back and make changes on the grosser level, without a big fuss, proclamation, declaration, or new age intention. Sincerity is built in making the gross change just as quietly, and subtly, as the voice and mind that brought us below the issue in the first place.

* Finding truth…being able to locate it in ourselves, in our own mind, in our voice, in the voice of others, is found by following the small voice, into the subtle shift of the upside down underworld, and then bringing the truth back to the gross, undetected, without a trace…in time the subtle becomes the gross and the gross the subtle. Truth and sincerity become mindless and natural.

* Mercury opposite Pluto can stir up contention. In our minds, we are prone to rushing to conclusions, to reacting, to demanding authenticity, to swinging wildly at the first offense, to feeling self righteous and acting from a place of either victimization or blame. We use power words and power phrases to denounce that which we feel has power over us or others, engaging in endless wars of words and labels. We believe we have the secret key, we believe others aren’t seeing it, we try to change people’s minds because we can’t change out own. Mercury/Pluto can penetrate to the heart of the matter, and Mercury/Pluto can reveal or illuminate things we aren’t able to perceive or understand. Mercury/Pluto calls us out and Mercury/Pluto is the reminder to really think before we assault people with the righteousness of our thoughts and judgments.
​
Prayer: May we hear the knock of our better and subtler angels, guiding us back toward the sincere heart, and the sincere mind.