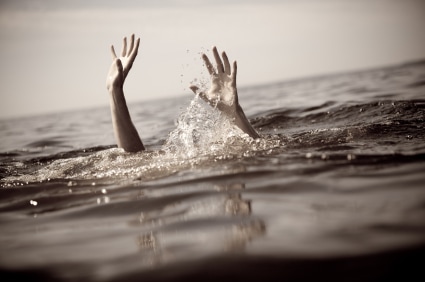 As we sit with the ongoing Mercury/Uranus conjunction for the next week, it will be important to continue meditating upon its symbolism.

Today an I Ching Meditation…considering that Mercury and Uranus are also trine to Saturn and that Mercury is in a mutual reception with Mars in Gemini.

* The 28th hexagram of the I Ching is called “Critical Mass,” and it shows us a powerful time of creative transition, often resting upon the stagnation of an old or outworn structure, habit, or way of doing something.

* An image associated with Critical Mass is literally a ridgepole sagging beneath too much weight, about to break.

* The 6th line of Critical Mass depicts a situation where we are going forward with noble intention but without a proper understanding of the depth and difficulty of the situation we’re getting ourselves into. There is loss and misfortune owing to the enormity of the situation, and this is literally depicted as someone trying to ford a river but the water going over their head.

* Even though we get in over our head, and there is loss, the line also says “no blame,” and this is because our intention was noble or we were simply doing the right thing but without the appropriate understanding of the depth of the situation.

* I sometimes imagine an investigative journalist “stumbling” onto a huge cover-up. Suddenly, they find themselves being stalked by the bad guys when not long before they thought they were simply following a good lead and doing a “good job.” The situation becomes enormous rapidly and provides us with an enormous opportunity for growth and change, but there is an element of pain associated with quickly realizing we’ve gotten into something more than we’re prepared to handle.

* A philosophy associated with this last line…”You learn to swim by jumping in,” although this is quite different from jumping in with the desire to learn how to swim…it’s as though we learn to swim when accidentally jumping into water we didn’t realize was deeper than we are tall. Growth can come very rapidly right now, but it necessarily involves the combination of a good intention being met with more than we currently know how to handle. In fact, the seeds of inventiveness, resourcefulness, and rapid growth are in this line!

* The 44th hexagram of the I Ching is the result of the 6th line of Critical Mass changing. This hexagram is sometimes called “Coming to Meet,” and it shows a situation where a single line of yin is approaching 5 lines of yang above it.

* This hexagram was sometimes associated with the idea of a temptation appearing that we have to be on guard against. However, it’s also associated with the seeds of a creative renewal or future transformation. For example, sometimes this single line of yin was seen as a lurking temptress trying to take the “king” off his noble path, but other times it was seen as the heir child of the king that would sometime take the King’s throne as the King would inevitably die.

* New ideas have the power to usurp and completely transform the status quo. Taken together, this sequence of hexagrams shows us what happens when something stagnant leads to a necessary transformation or breaking point. This critical mass transformation point occurs (given the emphasis on the 6th line) as an innocent desire to move forward finds itself very suddenly in over its head. From this difficult situation is born a new idea or insight or person or relationship that will eventually completely transform the old structure.

* Taken slightly differently, when life forces a total transformation of circumstance we are often tempted to entertain anyone and anything at the beginning. For example, after a devastating or unexpected breakup, or death, people often find themselves not thinking twice to date the first person that shows up, or people might take to drinking alcohol in excess because it’s an immediate, tempting solution to the pain and overwhelm they feel. However, in the long run, the seeds we plant at the beginning of a powerful time of revolution will eventually replace the entire previous system, and so we should be mindful that the seeds we plant are of good health. Foresight is recommended for as much as we’re capable of it right now. Granted that taking a risk is part of the picture we’re seeing right now.

Remember to come back to these images and ideas over the next ten days as Mercury/Uranus conjunct in trine to Saturn represent the critical mass, and the eventual “coming to meet,” of a liberating, or tempting?, new person, idea, or situation.
​
Prayer: Guide us into the healthy heart of risk, the trusting mind of unforeseen changes, and the honest appraisal of new ideas.