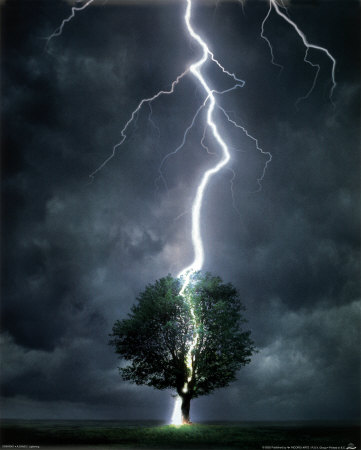 Mercury is now almost exactly conjunct Uranus in Aries. The two will be exactly conjoined around 12:30 am eastern time tonight, right under the orb of the Full Moon, which will be full Wednesday night.

We’ve spent a lot of time looking at this transit, and some readers have asked me why? The short answer is that I’m spending so much time with this because the heavens are spending so much time with this. The sky is the great mirror. It’s not causing anything to happen in my view so much as it is simply reflecting in its language of signs and symbols what is happening on earth. If we spend enough time with this incredibly simple idea, we also begin to realize that the past and the future are all included here in this moment. Whatever the heavens are reflecting right “now,” is continuous with and inseparable from the past and the future because the planets have clearly been moving in their orbits and will continue to move in their orbits. What tremendous power and freedom there is in this simple astronomical insight. Some people say that this notion leads to a feeling of pointlessness…”If everything is already here right now, and there is nothing else than all of it at once, then what’s the point of anything?” But let’s be honest, when has this question or complaint ever stopped a person from continuing to act and choose and live however they do, in accord with whatever they are, or whatever lessons they might be here to learn in this particular body, with a consciousnesses orbiting around and through this particular lifetime? The question, “If it’s all here now, then what’s the point?” is an empty question that always dismisses itself and keeps on choosing and living and considering itself, just as the planets have been and will continue to move in their majestic, surprising, but also predictable paths and interactions.

Not many people know this, but the ancient Babylonian astrologers conceptualized the planets as speaking a kind of heavenly language or reflecting a heavenly script. So from that perspective we could literally think of this Mercury/Uranus conjunction as something like the heavens focusing on a single word, or a single sentence packed with layers of meaning. In fact, the great astrological translator and philosopher, Robert Schmidt, frequently speculated that the ancient Greek astrologers were potentially reading astrological transits in terms of patterns of speech and grammar, as though the heavens were literally talking to us and the task of the astrologer was to render the planetary language intelligible.

* Think of Mercury and Uranus like a prolonged word or mantra that the cosmos is speaking to you right now…shift your perspective toward this image and see if you can literally hear Mercury/Uranus in your life lately.

* What is Mercury and Uranus saying to you? And isn’t it incredible that we can hear something speaking to us in the midst of multiple different events over a period of several weeks?

* What new thoughts or ideas are you focused on right now? What new person are you seeking to become?

* What old patterns are being liberated, and which people, places, or things are appearing to you as messengers of this revolution? Be sure to honor and thank them…they are not coming TO you but through you.

* In the next day or so the message will likely solidify, but it may require several more surprising events and a period of integration. Doesn’t it feel good to not know exactly where you’re going, even as you’re positive that you’re going in a brand new direction? Don’t we live for this just as much as wherever it is we’ll arrive at later? Isn’t this the moment we’ll always be talking about at some future point?

* Can you see how your past, each moment, is here with you, responsible for and included in exactly the way these shifts of your consciousness are taking place? What, exactly, then, are you being liberated from? What, exactly IS liberation anyway?