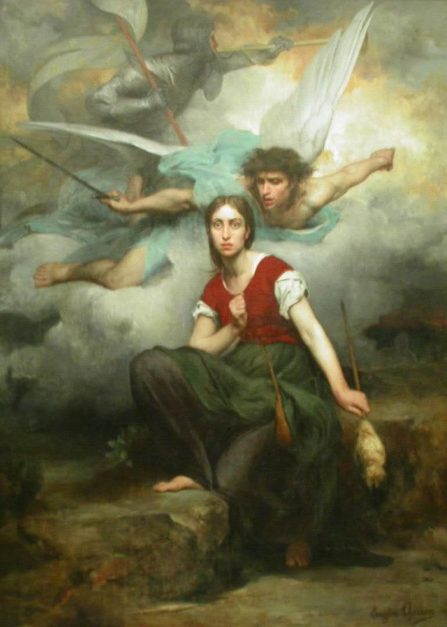 So Mercury has separated from Uranus, and immediately after we have a series of aspects happening at once with a complex web of receptions between the planets.

However, Mars in Gemini and Jupiter in Libra are in each other’s detriments, and Mercury is in Saturn’s fall and Saturn in Mercury’s detriment. Talk about a complex web of interactions happening right now.

* Oh and these aspects are all perfecting at the time of the Full Moon!

* Whenever I’m trying to understand the heavenly language and its complexities feel overwhelming, I generally draw on one or two other forms of divination to help me. I throw the I Ching, and/or I randomly select a passage from the Bible. Put together these streams of knowledge and wisdom help me to draw out the interconnections between the planets. It sometimes takes me a while because it’s like learning how to read a foreign language.

* Today I drew the 20th hexagram, called “Contemplation,” and I also opened to the first Chapter of the Book of James, verses 19 – 26.

* The 20th hexagram, called contemplation, involves the image of a high watch tower that was used for weather prediction, star gazing and omen viewing.

* Contemplation also calls for the washing of hands and the inner preparation or concentration necessary for the successful carrying out of a sacrifice.

* As Mercury is separating from Uranus and the Moon is just about full we may feel as though we have just planted the seeds of some new direction or purpose in our lives. We’ve talked about this at length over the past 10 days. This upcoming trine from Mercury to Saturn thus anticipates the need to now put these intentions into concrete form. However, this transit is also about concentrating on what must be done, about that which is non-negotiable, so that we aren’t half-assing anything!

* The reception between Mercury and Saturn, as well as the reception between Mars and Jupiter, suggests that putting our thoughts, ideas, and new intentions into action will require nothing less than firmness and sincerity, because we will most likely be questioned, possibly scrutinized, and even tested, as we are putting things into motion and finding support for our intentions.

* Hexagram 20 is about checking in to really understand motivation before taking the next step forward or before saying or speaking something out loud. And it’s also about false motivations being outed or impure motivations being exposed. If we recoil when confronted or questioned, if we become defensive, if we react, if we lie, or if we simply quit then it’s because our intention wasn’t pure and needs refining.

* I also drew this passage from the book of James: “Everyone should be quick to listen, slow to speak, and slow to become angry, for man’s anger does not bring about the righteous life that God desires. Therefore, get rid of all moral filth and the evil that is so prevalent and humbly accept the word planted in you, which can save you. Do not merely listen to the word, and so deceive yourselves. Do what it says. Anyone who listens to the word but does not do what it says is like a man who looks at his face in a mirror and, after looking at himself, goes away and immediately forgets what he looks like. But the man who looks intently into the perfect law that gives freedom, and continues to do this, not forgetting what he has heard, but doing it–he will be blessed in what he does.”

* Note how this passage is also about listening to the word (Mercury/Uranus) that has been recently received inside our hearts and minds, and allowing it to authentically reform us. We can’t just listen to something heavenly and get lost in its glamour. We have to do what it tells us and allow for the instructions we receive to be put into continuous actions and real, everyday choices (I think of Joan of Arc, who DID what her messengers asked her to do). This passage couldn’t be more similar to the 20th hexagram of the I Ching, where we are told to concentrate and purify our motives and intentions, to concentrate until we understand the root of something, and then to let a clear vision of what is right and true purify and guide our actions, which is depicted as the subsequent “sacrifice” that comes after this inner period of concentration.

* As the Full Moon comes through we are the recipients of a new spirit, come to set us free, but we can’t get lost in the mania of this newness. We can’t just sprint off and forget what we have heard and seen from these messengers in the sky. We can’t just take off and try to use the same old tricks to capitalize on the message we’ve received. Now is the time to concentrate, to purify, and to allow the messenger to bring our actions into alignment with the word in our heart so that we are truly, and thoroughly, transformed.