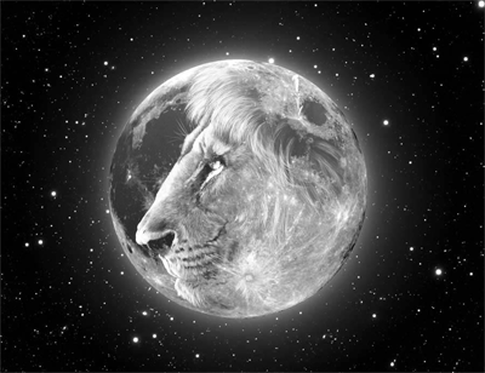 * Nothing but trines and sextiles from the Moon to Venus, Jupiter, Uranus, and Saturn for the next two days. It’s a good time to take the noble path, to take the lead with dignity, and to move toward friendly resolution wherever an opportunity presents itself. The Moon’s trine to Venus retrograde might bring up opportunities to mend a wound from the past, or to revise or reconsider something important. The trines to Jupiter, Uranus, and Saturn should bring confidence, innovation, and focus.

* With the Moon in the Sun’s sign the next few days it’s important to watch out for Mercury related issues. Mercury is combust again after being cazimi, and in the sign of its depression. Be careful that you have all the details correct, that you’re communicating and thinking and planning carefully, that you take delays or setbacks in stride, and that you take time to read between the lines.

* Mercury under the beams of the Sun, in Pisces, also has an enigmatic way of leading us in the direction we need to go, one mistake or confusion at a time. The roundabout path isn’t always the wrong path. Mercury in Pisces is a guide helping us navigate a minefield we’re note even aware that we’re walking through.

* Mars is about to enter the fixed earth sign of Taurus. Watch for issues related to the environment to possibly take a step up in the news over the next month or so. Remember that Uranus will enter Taurus next spring and begin a seven year stay in a sign that has deep ecological and agricultural symbolism. The political narrative in the next seven years is likely going to pivot toward the planet, toward issues related to environmental practices or technologies, and towards breakthroughs and paradigm shifts with regard to the environment. For example, the last time that Uranus was in Taurus it was the Dust Bowl era, a time period linked with powerful droughts and dust storms that were related to improper dryland farming techniques. More on this in a future post!

* Jupiter/Uranus/Pluto is still in full effect and though Jupiter and Uranus are separating, Jupiter is immediately applying back to the exact square with Pluto, which should bring up powerful themes related to justice, corruption in relationship to rules and codes, fairness, the courts, law, due process, checks and balances, and so forth. Pluto will add the depth, power, darkness, and death and rebirth themes, though there is also the feeling of an impending “judgment day,” to this transit.