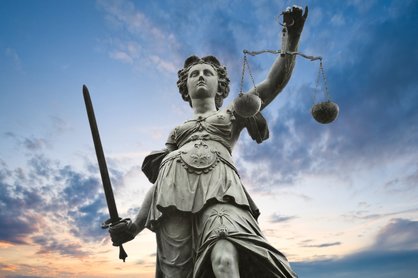 The Moon in Cancer is heading toward a square with Jupiter today, the exaltation ruler of the Moon.

* A great day to approach an authority or someone above you, or someone with resources, in order to achieve help or success

* As the Moon perfects its square with Jupiter retrograde in the sign of the scales today, and the Leo moon is about to be eclipsed, will we see the federal judge’s reversal (Jupiter retrograde) upheld in the appeals court against the will of the king? It certainly looks like an auspicious ruling coming down in favor of the reversal and in favor of the states (Cancer Moon’s exaltation lord here is Jupiter, perhaps we could see the Cancer Moon as the states or the case brought on behalf of the people of the states and Jupiter in Libra retrograde as the Federal judges recent restraint of the travel ban), but with Uranus in the mix right now perhaps there will be more surprises!

* The Sun is moving into a trine with Jupiter. Watch for the amplification of Sun/Jupiter themes as we reach the full Moon: justice, growth, truth, faith, nobility, support, allies, friends, wisdom, virtue, and the guiding beliefs, doctrines, or philosophies that discern and clarify our lives. Note that while these themes are growing so too is the next Jupiter/Uranus opposition, which may serve to further challenge, oppose, or contest all of the above themes.

* Mars and Venus traveling together in Aries is alerting the desire body that something is up. The next month will bring us deeper into the role that anger, desire, infatuation, and impatience play a role in our relationships, but it will also highlight the need to fight for the same things within our relationships. Fighting is okay, but if we don’t know how to fight “together,” then our fighting is against each other rather than for each other. There IS a difference, and we may be learning a lot more about this in the weeks ahead!

Big next few days…
​
Prayer: Justice, care, compassion, faith, hope, and trust. Teach us that being awake means more than being angry.