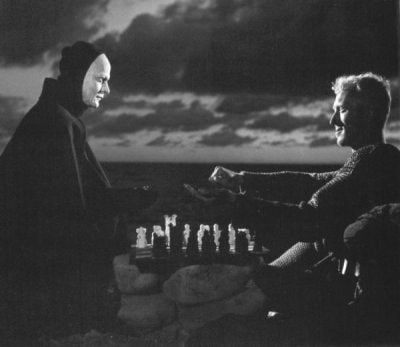 Jupiter’s entrance into Scorpio, along with the Sun brings to mind a variety of interesting themes, thanks in no small part to Jupiter being the dispositor for the finalizing of the Saturn/Neptune square.

* As Saturn and Neptune have been square to one another for quite some time now, we’ve been in the midst of a crisis of truth. What is truth? Is truth a construction? Is it relative? Is it real? Is anything real? On the one hand, we’ve seen anyone and everyone challenge the nature of truth, but on the other hand, we’ve seen fanatics of all kinds, people that have no problem assigning blame as concretely as possible, defining victims and aggressors as narrowly as possible, targeting certain people or groups without remorse, and amplifying dualities by demanding that in order for one group to be right, or to be heard, that others must be suppressed. This is systemic. It’s on the far right and the far left. It’s far out, but it’s here and it’s abroad. It’s at home and inside and it’s outside. These extremes have tempted us to collapse into absolute rigidity and self-righteousness or total nebulousness and disembodiment. Remember, the last time Saturn and Neptune were in this particular square, in these particular signs, the Salem Witch trials were taking place and there was also a general aura of religious and political fanaticism.

* Jupiter has been in the scales but now enters Scorpio.

* There is much learning while Jupiter is in Scorpio, but we can’t lose track of the fact that revenge, betrayal, jealousy, and destruction are a core part of this Mars ruled sign. These elements of Scorpio may appear nobler as Jupiter transits the Scorpion, but because Jupiter is the dispositor of the Saturn/Neptune square, it’s important to remember that they may also participate in the same challenges to truth and the same temptation to fanaticism.

* On the other hand, Jupiter in Scorpio is the wisdom gained by understanding what lies in our shadows, what is repressed, hidden, or feared. It is the rot at the roots and the psychic healing intervention, big, exciting, and scary.

* Another thing to consider, given Jupiter’s position relative to Saturn and Neptune. Do causes ever die for people, or do people only die for causes? Can we stop and imagine that the only causes worth dying for are the causes that are also capable of dying for us? It might sound strange but imagine for a moment that you are eternal and that causes are eternal, but that there is no political, social, artistic, or moral cause that has made anything eternal and no cause of this kind that can take away eternity.

What is the relationship between the soul and all of these causes, then?

In this material world, just as our bodies come and go, so do the causes of the body and mind, of nations and empires and people. But we forget this all the time and we act as though causes are more eternal than ourselves and that we gain or lose eternity, personally, socially, etc, by virtue of the causes we champion. It’s a difficult kind of exercise to imagine that causes just as frequently champion us, that causes use us, that causes co-opt our consciousness, that causes possess us, that causes occupy us as much as we think we are living in support of them. We sometimes act as though causes are in need of us. We think to ourselves, “A cause needs me. A cause can lead to something greater, a cause can be realized, finally, in some literal material sense, if I give it my all, and good causes will also live past my mortal life.” And so we gain some sense of immortality by adopting causes, becoming identified with causes, especially those that appear to extend the farthest beyond our lifetime. But the truth is that everything in this material world dies. It eventually disintegrates and changes form. Causes, in other words, die just as we die.

On the other hand, just as our bodies are the vehicles for our eternal souls, causes reflect eternal archetypes. Causes indeed reflect images of eternity. We, therefore, find reflections of the personalities of our souls, so frequently covered and darkened by materiality, in the causes we choose or in the causes that choose us. Causes aid in the cause of the soul, which is the remembrance of itself.

But it’s bears repeating…if we can’t imagine a cause dying for us, dying on our behalf, dying in order to deepen its own soulfulness, seeing our human souls as causes equally worth being in service to, then is it worth our time? Can we imagine that causes are not dead objects but living beings? Spirits? Ghosts? Demons? Angels? Movements seeking form.

Fun things to think about when Jupiter is in Scorpio!
​
Prayer: Make us your cause and cause us to love. Expose our causes and make them fall in love with us. Let us die for no good reasons, so that soulfulness might ring out from the darkness, in all its mysterious and shimmering colors.