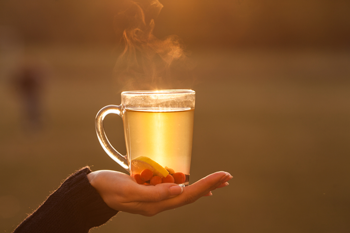 As the Sun and Mars approach their square the issues of oversight or condescension might be in the air right now. The Sun is an authority and Mars is an executive force. As a combination we might see things like orders, commands, oversight, and management coming to the forefront right now. Who is making the commands and who is doing the leading, organizing, or implementing of projects, tasks, and initiatives? When we resist taking instruction from someone who has our best interest in mind or we resist taking responsibility for the oversight of something that only we can properly manage, what exactly are we rebelling against? Why?

The Venus/Pluto conjunction might also signify deals being made or allegiances being created that will take us forward for the time being, but the fact that Pluto is involved, as well as the sign of Capricorn, indicates that there may be something we’re not seeing or something selfish or too calculated or compromising about whatever it is that we’re agreeing to or going forward with right now.

In the upcoming months, for example, Mars will go retrograde around the same time as Saturn and we might be seeing people back out of things they are committing to now, or we might see the delay or failure of various projects or commitments we’re just now committing ourselves to for the foreseeable future.
Both of the transits currently perfecting also imply shock. Venus/Pluto might involve shock in our relationships, love life, sex life, marriages, or in terms of performance, art, and our recreational time. Venus/Pluto might involve the destruction of sacred objects or things that we love…and it may come as a shock. Similarly, the Sun and Mars might involve outbursts of violence, temper, self righteousness, issues with authority figures, public attacks or assaults on other’s dignity, injury or accident, or sickness, fever, and inflammation.

Shock is almost always an opportunity for us to set our life in order. Shock is often about warning us or speaking to us in an undeniably clear language: you need to change something and get yourself together again. As the I Ching says, “The shock terrifies for a hundred miles, and he does not let fall the sacrificial spoon and chalice.”

When shocking things are said or done or a shocking situation arises (either good or bad!), we might imagine that a cosmic teacher has entered the room and is now watching…will we spill out, flip out, react, lose our shit and drop the sacrificial cup? No sir! No way! This is our moment! At least this is what the I Ching teaches us. Shock comes to correct, to monitor, to test, and we may actually reap tremendous rewards in our lives when we learn to walk through shocking times with inner repose and carefulness…whether it’s a windfall or an unexpected loss of some kind.

One last thing to mention is that both the theme of advancement, through strong but perhaps somewhat treacherous or unexpected allegiances, and shock or unexpected upheavals are possible through these two transits. Both transits may involve deals with the devil, or compromising on something questionable, or resigning ourselves to “live with something,” as they simultaneously involve a certain amount of upheaval in the days ahead.

There is nobility, of course, in choosing to move forward in life despite the imperfectness of various arrangements or relationships. At the same time things can’t go on forever when their essential nature is bad for us…and we might be getting some foreshadowing of the ending of something in particular that we can’t go forward with under the banner of a “noble/sacrificial calling” for too long.

One last thing worth mentioning is that while these transits can be shocking they may not necessarily be shocking to us personally. Sometimes we see others around us going through a time of shock or upheaval. Nonetheless, the people around us who are going through some kind of shock or upheaval might be connected to us in ways that we’re not fully conscious of…in which case it’s important that we study our relationships, as well as our responses to others misfortunes, wild successes, or whatever else is taking place. The Mars/Sun combination, with Mars in a superior position from his rulership in Scorpio, might bring to mind the idea of advancing or succeeding because of someone else’s misfortune, downfall, or through a manipulation or attack on someone else’s position relative to our own.
​
Prayer: Show us the difference between a noble calling and something worth letting go of…show us how to move forward with things in the right way rather than putting a temporary bandage on something, and show us how to walk mindfully through the experience of unexpected shocks, both good and bad