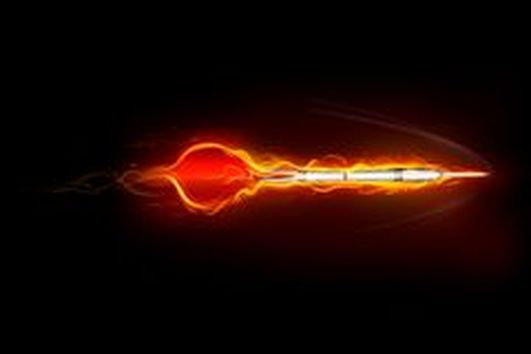 Today the Sun and Moon are conjoining in the sign of the bowman, the temple of Zeus/Jupiter. Sign of hope, faith, and good luck. The sign of good cheer, good spirit, and faith in the year ahead.

Meanwhile, Mars and Jupiter are coming together by trine as Jupiter is also intensifying its opposition to Uranus.
Here’s what to watch for:

* As the Moon presses beyond its opening conjunction to the Sun it will immediately apply to a sextile with Jupiter and conjunction with Saturn. Watch for the alternation between hope and challenges, pressing forward with optimism and checking back down to earth with cautious thinking or planning. The Moon is trying to get Jupiter and Saturn to come together today, trying to move two things into one thing, or trying to bridge a gap of some kind. This is an ongoing process that may involve small steps forward and backward for many months to come as Jupiter and Saturn finally come together next Summer.

* Mars is also rallying the troops and whipping up enthusiasm and support through his trine to Jupiter. Mars/Jupiter is the battle cry, the urge to move forward, the challenge accepted, and the hard fought path to victory. Mars/Jupiter is the bold, noble, confident, stately, poised, warrior, fighting for something that inspires faith and good will.

* The Mars/Jupiter trine may also indicate help arriving from allies or people who are in a position of authority to help others. Someone or something intervening from “on high” in order to push the good fight forward.

* The Mars/Jupiter trine with Jupiter opposing Uranus also points toward revolution, sudden breakthroughs, and shocking events that serve to spur on the surge of some fight, cause or effort.

* The Mars/Jupiter trine also points toward organized forces or efforts who are moving toward some kind of revolutionary achievement or breakthrough.

This Moon cycle is likely going to be one of the most powerful of the year. Expect the unexpected is truly the cliche of the moment, astrologically speaking. Jupiter and Uranus amaze and excite, revolutionize and transform, and in the next few days they will be amplified and assisted by the pressing heat and intensity of Mars!
​
Prayer: Make us instruments of these revolutionary times, rather than passive observers or cynical commentators. Do this by working in us in the small moments, the small revolutions that occur every moment of every day.