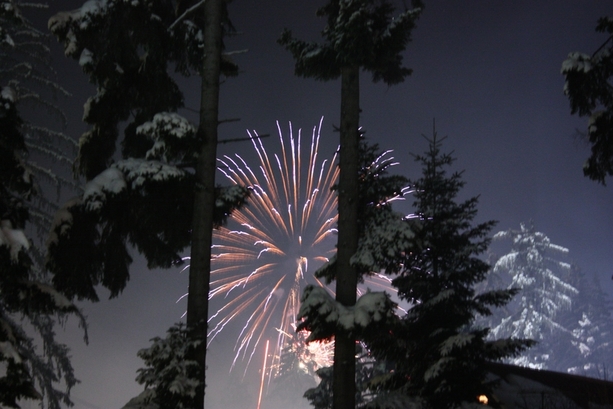 New Year’s Eve Everyone! Today a longer horoscope forecast for the year ahead.

​Meanwhile, with just 20 hours to go in our kickstarter we’ve gained the support of 232 backers and have raised $24,430. We’re now 26 backers and slightly less than $2,000 from last year’s mark. Help us finish strong!! If you read my horoscopes several times a week, or even several times a month, please consider contributing to my fundraiser. $25 gets you a daily email subscription, so you’ll get my horoscopes to your inbox each day for the next year. If you donate $99 you’ll get two mini birth chart readings you can gift to friends. $100 gets you a year ahead personalized forecast report. And $150 gets you a birth chart reading, plus a number of other included gifts. Also, our 6 month immersion course is on sale for $475, down from $1000, and our other online courses are also more than half off, including next year’s special horary astrology course. Find the link here: https://www.kickstarter.com/projects/1163009170/nightlight-daily-horoscopes-2016

The year opens with the Pluto/Uranus square in close proximity, and with the Sun traveling through Capricorn, we should see the dynamic come to life again in the weeks ahead. The Pluto/Uranus square in Aries and Capricorn highlights the use and abuse of power, control, and authority, as well as radical challenges to corrupt power structures, outdated forms of governance or security, and public demonstrations of violence, rage, activism, and destruction.
At the same time, this coming month we have a Mercury retrograde that will engage a square to Mars in Scorpio just as Mercury is stationing to turn retrograde. Mercury will then station to turn direct in conjunction with Pluto and then Mercury will square Mars once more by the beginning of March, just as Mars is entering Sagittarius and beginning to slow down toward it’s own retrograde in the middle of April. As the Mercury sequence culminates toward the end of March and we head into the Mars retrograde, Jupiter, Saturn, and Neptune will be in a close t-square with each other.

There are many ways of interpreting all of this, and in a sense that’s what I’ll be doing each day in the months ahead. A few things that come to mind…

* The clashing of ideological, philosophical or religious perspectives…in both broad and more specialized ways…how do our beliefs represent a clashing of time periods, generations, or eras of history? How does the knowledge of our elders inform our lives today, and how do our elders let go of control and authority, allowing for a new generation to take the reigns a little more?

* Similarly, the amount of Mercury/Mars in the months ahead suggest a clashing of technologies, tech warfare, tech and travel related violence or attacks, information and spying, trust and betrayal of vital information, confidentiality, deceit and deception, or transformation via powerful media.

* There is a sense in which the months ahead indicate the power of the written word, or clashes involving technical approaches or the spinning of information to fit preconceived philosophical assumptions or religious/political positions. The question of “what is true?” or “what is moral or ethical?” is very much on the radar in 2016.

* In the midst of these themes, the Saturn/Neptune dynamic brings to mind the tendency to perceive all the conflicts above as exaggerated forms of spiritual warfare. The jihadist, the blogger, the news anchor, and the common coffee drinker are all at risk of being too quickly polarized by positions they view as different from their own. Beware the witch hunt…

And yet..at the same time…where there is moral corruption, scandal or decay, breakdown of ethics, or some major lack of character or integrity…shouldn’t there be some reckoning?

Neptune simultaneously warns us not to become a martyr, but also that grace, forgiveness, acceptance, and surrender are necessary when we’re running up against any difficult truths or calls to greater responsibility. In a sense the most daring and graceful thing we can do when we’re called out about something that’s legitimately true is to say, “Thank you. I’m sorry. No self righteousness here. I’ll do better.”

If we go beyond healthy guilt and attempt to shame or humiliate ourselves or other people, then the cycle will only perpetuate and we’ll intensify the feeling that there are dark forces closing in on us. Again..beware of evil or corrupt forces is a real 2016 astro slogan..but so too is beware the witch hunt.

By November of 2016, Jupiter in Libra will move into a strong t-square with Pluto and Uranus, and it’s likely that election time will provide it’s usual amount of drama with the bonus effect of foreign relations, crisis diplomacy, and larger humanitarian dramas rapidly unfolding at the same time. We’ll be visiting a lot of election drama in the year ahead, and no doubt with everything indicated above, we have to be especially careful of the potential for the “witch hunt” motif to shoot everyone in the foot.

For example, Trump may easily capitalize on people’s fear of terrorism here in the USA, but his opponents may ignorantly capitalize on his ignorance, and the cycle could see-saw making the entire presidential campaign about pointing the witchy finger back and forth until everyone is exhausted and even more religiously polarized.

Last but not least, with Saturn in Sagittarius, the call to rediscover our faith and our moral compass in the year ahead is very strong. Though all the themes above point toward a certain amount of religious extremism, this transit also points to the need for an ethical and spiritual reality check. Are we who we say we are? Are we walking our talk? How do we respond when the Universe criticizes us or calls to our attention something in our life that needs swift ethical or spiritual reform? Do we whine and choose to see the consequences of our actions as an unfair, cruel punishment from the universe? Or do we step up, take courage, and do the work of maturing to a higher level of our commitments and integrity? These are also positive Saturn in Sagittarius images to contemplate for 2016.

Prayer: As above, so below, may the words of these 2015 horoscopes be sealed in our hearts, useful for our spiritual life. May all that is true come through my horoscopes in 2016, may all that is false be gently left behind. May we all continue to learn by the light of the stars in the year ahead. Thank you for the beauty of creation. Thank you for the love in our hearts. Help us to continue to live and learn, drawing ever closer to the divine image that lives inside of everything, everywhere. Amen!