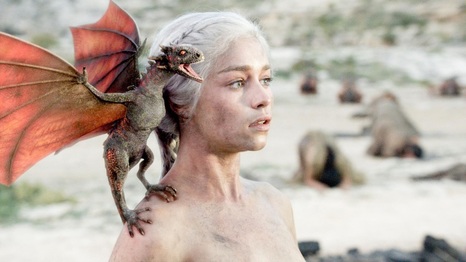 The Moon is in Virgo this morning, moving toward a sextile of Saturn in Scorpio.

Meanwhile the Sun is moving closer to its square of Saturn.

* The changing of the guard, death of the elder, confrontation with mortality (Sun square Saturn)

* The death of the celebrity or star (Sun square Saturn)

* A time of hard work, powering through, soldiering on (Sun square Saturn)

* Meeting one challenge after another, supreme confidence (Sun square Saturn)

When Venus descends from evening star and is swallowed by the Sun, it’s as though she surrenders to pure consciousness, to the image of nothing or to the image of original beauty beyond form, or even to death by fire. The goddess is burned alive along with her dragon eggs, and in the morning, when she rises from the flames of that descent, she is born into something new. A new image or set of images awaits her, flaming, not fully formed, eager, and ambitious.

Right now in the sign of the Lion this is all the more dramatic. This image transformation is connected to pride, power, authority, importance, royalty, and bigness. For example, a young man decides its time to wear a watch, tuck his shirts in, and start looking and feeling a little more business/professional, or even business casual after years of wearing tshirts and looking more like a traveling surfer.

The images we project describe the soul in its mysterious flux. They convey, suggest, and attract. They hide and give off an essential smell, taste, or touch on the level of the psyche.

As Venus rises into the morning star, we will go through the important phase of owning and becoming these new images of soul. Gradually, as Venus shifts back to evening star over the course of the year ahead, this image will become integrated and smoothly seen, felt, and expressed socially. It will become less of an objective and more like worn in blue jeans or a well used set of travel luggage (the kind you really love and take care of).

Too often in spiritual circles we hear people say things like “image is nothing,” or “go past image and into essence.” Every time that somebody tells you this, that your clothing or your style or the image you project doesn’t mean anything, or that it’s unspiritual, replay the old Sprite commercial in your head. “Image is nothing. Thirst is everything. Obey your thirst.” What they are telling you is its own image. It’s own commercial. The style might be minimalistic, or essentialist, but it’s still a projected image. We can’t escape projected images because they are the flowering reflections of the divine in everything. Having an active and fluid relationship with the images, both identifying with them and then using them to cloak or hide the changing nature of our soul, is what’s important. Life is a costume ball filled with mysterious dancers, and the costumes show our souls as much as they hide them. This dance isn’t about fakery. Or at least it doesn’t have to be. The careful construction and deconstruction of self images shows through its decor the character and force of each soul…each ever flowering Aphrodite.

So again in summary: when Venus descends from her evening star position into the Sun, her images are given back to something like a creative center or source. Then as she emerges in the pre-morning light, bright new images follow her. Gradually these images become natural…soaring again like colored dragons in swirls of silk all around her.

Prayer: basically we’re asking for some dragon eggs and a big game of thrones bonfire today, so please hook us up!