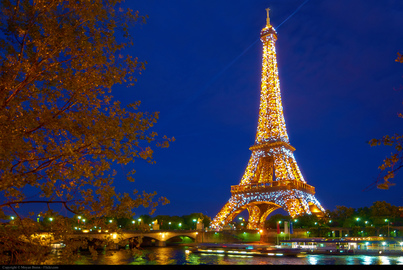 The Moon is in Sagittarius this morning, void of course. Meanwhile Saturn in Sagittarius is within less than two degrees of an exact square of Neptune, and yesterday the “western world” was shocked by a series of mass murders by Islamic terrorists in Paris.

One of my astrology students aptly pointed out the words from my post on the Centaur yesterday, “So today, let’s see if we can spot the solemn, sometimes angry or zealous, figure of the sage and his arrows.”

One of the most unfortunate images of Saturn in Sagittarius is the violent extremist, the Jihadist, or anyone driven to violence by dogmas, doctrines, and righteousness. Last winter when Saturn first entered Sagittarius, for example, we witnessed the attack at Charlie Hebdo in Paris and now a year later a similar attack in the same city, driven by the same religiously fueled hatred.

Neptune stands out as the promise of heaven in the minds of the terrorists, as well as the image of suicide and the surrender of self for a higher cause. Neptune also stands out as the city of Paris itself, swimming lights, romance, beauty, and Dionysian ecstasy. Paris is also the home of many ideologically driven conflicts and revolutions in the past (Saturn in Sagittarius).

With the Saturn/Neptune square, maybe the most challenging thing is to remain aware of both sides of the square rather than looking to blame one of the two planets for the more disturbing images. With a lot of intensity surrounding these events in social media today, and potentially lots of naivete as well, let’s endeavor carefully and compassionately to unpack some of the more challenging elements of the Saturn/Neptune symbolism.

First, let’s remember that the Saturn/Neptune square easily creates the feeling of simple, obvious victims and simple, obvious enemies. Scapegoats, martyrs, sinners, and saints. Black and white. And this is the stark literalism of Saturn as well as the deluded or intoxicated haze and victimhood of Neptune. To put it simply, there are bombs being dropped on innocent people by “democracies” day in and day out, and these events are justified because of similarly extreme beliefs that uphold the western/capitalist/consumerist/materialist way of life. We are just as fiercely complicit in ideological violence (or at least we should sincerely consider this if we haven’t) as any other group. Our finger may not be on the triggers, but that’s because we’ve dissolved the cold feeling of the trigger with the Neptunian warmth of media, film, wealth, and Starbucks idealism about the reality of things (notice the Saturn/Neptune themes again!).

This morning I was curious to see how the cartoonists of Charlie Hebdo would respond, and I found a series of images drawn in response to the attacks. I found them compelling, disturbing, and totally representative of the challenges of Saturn/Neptune in general. I’ll present several of them and then offer astrological reflection.

One of them read, “Friends from the whole world, thank you for ‪#‎PrayforParis‬, but we don’t need more religion! Our faith goes to music! Kissing! Life! Champagne and joy! ‪#‎Parisisaboutlife‬“

Another read, “Paris is our capital. We love music, drunkenness, joy.”

Another, “For centuries lovers of death have tried to make us lose life’s flavour. They never succeed. Those who love. Those who love life. In the end, they’re always the ones who are rewarded.”

And still another, “The people who died tonight were out living, drinking, singing. They didn’t know they had declared war.”

Finally, “Terrorism is not the enemy. Terrorism is a mode of operation. Repeating ‘we are at war’ without finding the courage to name our enemies leads nowhere. Our enemies are those that love death. In various guises, they have always existed. History forgets quickly.”

Each of these cartoon statements is a compelling illustration of the Saturn/Netpune dynamic in all of its complexity.
On the one hand, we essentially have the celebration of a Dionysian God on display in the words of the comic. A Neptunian god. A god of life, wine, drunkenness, music, joy, celebration, kisses, and champagne! And the cartoonist is essentially declaring that this deity is stronger than any other deity, or at least it is a stronger deity than whatever gods are to be found in the heart of violent extremists. Dionysus was the favorite god of “the people” and his mode was one and the same as the images presented by the comic above. Dionysus was a god of cities and revelry, “whose wine, music, and ecstatic dance frees his followers from self-conscious fear and care, and subverts the oppressive restraints of the powerful.” He was also called Bacchus by the Romans and he carried a “thyrsus,” which was a wand of fennel covered with ivy and dripping with honey. The thyrsus could be used for good or evil, as it also concealed an iron point that could be used as a weapon in order to induce madness.

Additionally there is a powerful theme of death and rebirth that surrounds Dionysus, and in fact his name means something like “he who impels the world tree.”

Can we possibly argue with mythic figures in the midst of these events? The world tree is compelled by music, song, dance, champagne, kissing, joy, and the romance that words like “Paris” or “New York City” evoke. The world is born again every night in our imagination, knowing the evening is filled with candles, music, laughter, and wine. The image of Paris is an image of the grape vine of the world in all its soulfulness. It’s not hard to be touched deeply by the dismemberment of Dionysus in Paris yesterday because it offends the simplest images of life and its celebration that are common to most cities across the world. The people killed were at sporting events, live music, and dinner, enjoying a night in one of the most romantic and soulful cities in the world.

On the other hand, it’s important to examine the words of the cartoonist carefully so that we don’t lose ourselves in the victimized haze of Dionysian monotheism. When the cartoonist says, “We don’t need religion. Our faith goes to to music! Kissing! Life! Champagne and Joy,” we are also seeing the fierceness of Saturn in Sagittarius. When the cartoonist says that those who value these things “are the ones rewarded in the end,” we are seeing the most challenging component of the Saturn/Neptune square, which is the way in which ideologies compete even when we would like to believe there is a clear enemy and a clear victim. This is by no means a justification of violence but rather a simple point. To celebrate and live by the values the comic stands for is to live in accord with the tutelary power of a god. And gods get in fights. And gods fight differently. And gods hold and express power in the world differently.

To understand Saturn’s perspective on Neptune (we might say) in a situation like this isn’t easy, and in fact it can incite the madness of Dionysian followers very easily. The madness of Dionysus oversimplifies the conflict and paints the killers as “lovers of death” whereas the victims were simply “joyous lovers of life.” This oversimplification is the intoxication of Neptune. It is the passive aggression and the honey soaked iron spear of the God of wine. The one who rejects religion religiously. The one who sees anyone opposed to his way of life as “aligned with death.” And the more passionately black and white we come down against religion, as though this is a simple case of religion = death, the more we perpetuate the berserker frenzy of religious violence.

As unpopular as this idea may sound, we should consider it…that the world’s consumerist drunkenness is a mirror image of extremist, puritanical suicide bombings and religiously fueled violence. We are not free from belief because belief is found most prominently in the way we choose to imagine our lives into being, day in and day out, and wine, kissing, and music are not free from this participation. In fact the god of these activities is one of the most beautiful and powerful, as well as seductive and destructive. It is nothing new for this god to attract powerful enemies and controversy, and it is nothing new that we should fight to protect the rights and lifestyle of this god. There is nothing wrong or incorrect about anything the comic said, is there? Perhaps only that he isn’t ‘aware of the god in the midst of his ideology.

Now let’s zoom back out before we offend Dionysus. Because the larger point, which I hope I’ve made sensitively through mythic amplification/exaggeration, is that these attacks shouldn’t be turned into an “us versus them” narrative. To mourn the dead who were victimized is honest and obvious. But when we move beyond that into an exploration of the questions “Why” or “What to do?” and if we have any interest in astrological symbolism, then we should strive for a deeper understanding of the gods who are at war in the midst of our ideas and responses to these questions. As James Hillman liked to say, “There is nowhere we can go where the gods are not there.”

Here is to the god of wine, life, kisses, and joy. His prayers are those exact images. And here is to the god of ascetics, disciplined sobriety and religious observation. His prayers are those images.
​
Prayer: let us not forget the images of ascetic monks making wine for the world, while set apart from the world, and let us not forget to recite the prayers of sober saints as we raise our glasses and sing in celebration of life