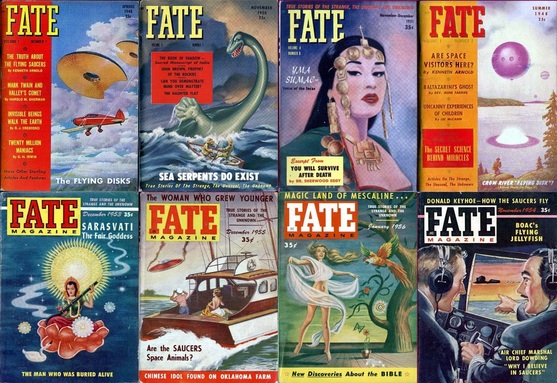 The Moon is squaring Mercury this morning and then goes void of course for the rest of the day until moving into Virgo tonight.

* Fate means never having to say, “I told you so.” Because when we’ve really understood fate, then we understand that it’s not a matter of prediction or advice. It’s not a simple matter of instructions not followed, as though fate is a punishment, and it’s not about the early bird catching the worm or any other protestant work ethic that saves the day and earns the righteous paycheck. Fate doesn’t need to say, “I told you so,” because fate doesn’t speak out against anything.

* We can’t avoid fate by hoping it will go away or by trying to make choices that eliminate fate’s hand in the matter.

* The word ‘fate’ means, among other things, “to speak,” and it carries an old association with the idea that the words or sentences of the gods in human lives are absolute…there are divine words spoken into our lives that cannot be altered or changed…there are guiding events that we cannot control.

* The word ‘fate’ also carries an old reference to the spirits, guides, or gods assigned to the fortunes and destines of individuals…the ‘fates’ are plural..they conspire with us and through us in order to weave the words of the gods…some of these beings can be prayed to, their minds changed, their help or hindrance invoked…while others cannot be petitioned.

* Isn’t it funny that in certain areas of our lives we already know what’s going to happen? We already know the nature of the story. We know what’s coming, and yet we play the part and the pain or joy of the results still feel as unexpected or as real as though we never knew. Isn’t it strange how fate can feel cold and distancing and yet in the most stubbornly fated events the feelings we have are more alive than ever?

* A question: where are you avoiding the inevitable? What would it look like to stop avoiding it? What are a few small steps you can take to welcome the presence of your fate?

* Heraclitus once wrote about fate, “Two made one are never one. Arguing the same we disagree. Singing together we compete. We choose each other to be one, and from the one both soon diverge. Without injustices, the name of justice would mean what? While cosmic wisdom understands all things are good and just, intelligence may find injustice here, and justice somewhere else. Justice in our minds is strife. We cannot help but see war makes us as we are. Thus are things decreed by fate.”

* The fates are silent speakers whose words are the invisible echo within everything.

* To contemplate or negotiate your fate, go to a high place and look down at the world below. To remember and receive your fate, look from a low place to something high above.

* To get a second date with fate, stop thinking about her and focus on what you’re doing, or the task at hand. She finds independence attractive.

* When you dream, remember to fall asleep first. Fate thinks lucid dreaming can be like a form of adultery.

* Commit yourself fully to your mistakes. No silver linings or positive spin. Just the image of you making your mistake. Stick with the image. See what it does next. See what it becomes. See what else it has to say. Principles destroy images, and fate loves images more than principles. In fact she sees principles as images first.

Prayer: Stranger and more interesting things are always happening when fate becomes an active part of our imagination.