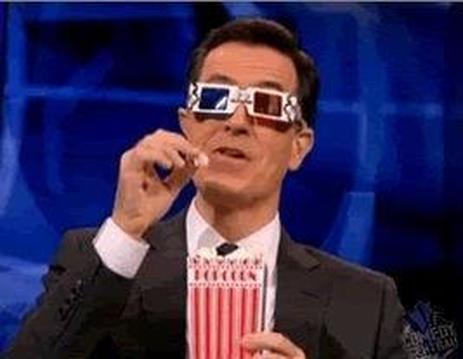 This morning the Sun enters its own sign of Leo. Sunday morning a new Moon with Mars in Leo, ushering in a powerful, martial, and transformative next Moon cycle.
Here’s a preview of what we will see in August as eclipse season begins.
New Moon with Mars:
The new Moon cycle that kicks off another eclipse season starts with the Sun in its own sign, swallowing Mars. Mars is being born again right now, and so there is a certain aura of rebirth in the air. The next cycle will be toned by the final collapse of Mars and then its first breaths of new life. Because Mars is related to anger, willfullness, aggression, and desire, as well as courage, strength, and sticktoitiveness, it’s natural after a long sojourn in the Moon’s sign to feel somewhat exhausted, tired, depleted, or drained. These periods of time remind us that we are not the doer of actions, we are not the authors of fate or destiny. Any and all actions are bound and “necessary,” as soon as they are taken because they are taking place within a realm of cause and effect. Therefore, we easily misidentify our real freedom, our real nature, with our actions and their results. Seeing Mars fail, in the simplest sense, we are reminded that we are not our actions. The best use of our actions is, therefore, the constant surrender of the fruits of our actions, as in a love sacrifice back to the divine. Sometimes the universe forces us to make that sacrifice, and other times the breakdown brings us there with a spirit of joy, thanksgiving, and willing surrender. Either way, frustration, when exhausted, becomes a doorway back to the freedom of pure and reflective consciousness.
It’s actually good to feel frustration…our only task is to stick with it until it blesses us, and that blessing is available to us as Mars is born again this week!
Two Eclipses:
Next moon cycle we have two eclipses, a lunar eclipse on August 7th and a solar eclipse on the 21st. The media is already calling August’s solar eclipse, “The Great American Eclipse.” If America were a patient in Jungian therapy right now, then the naming of this event by the media would be like a very potent lucid dream or unconscious slip of the tongue, ripe to be explored. These eclipses will shake the foundations of our leadership, in all likelihood, because they are taking place in the sign of the Lion, but they also feature the outcast, the outsider, and the marginalized ideal of Aquarius. Jupiter will be square to Pluto most of the month and will then be moving swiftly back toward its grand finale opposition with Uranus in September/October. We are at a critical mass point within the US political landscape and global politics in general. These eclipses, along with Jupiter, Pluto, and Uranus tightening up again will start catalyzing major breakthroughs. Unfortunately, it’s very possible that these breakthroughs could involve all kinds of distractions and attempts to thwart or block the process of justice. We will spend plenty of time looking at this in the weeks to come.
Personally, these eclipses, especially the total solar eclipse of August 21st, will open up powerful opportunities for closure and renewal in our lives. We’ll talk more about how to identify how and where they might be effecting us personally in the weeks to come.
Mercury Opposite Neptune:
Over the upcoming weeks, Mercury will also enter in another prolonged aspect with an outer planet as it stations to turn retrograde again. Last time it was Uranus (back in April), now it is Neptune. Mercury will oppose Neptune for several weeks, as it also tunrs retrograde. This transit will tune us into other worlds, get us in touch with the voices of angels, and also teach us the difference between something real and something based in delusion or fantasy. The transit will also compel us to be honest and open, objective and authentic, while also spiritualizing our minds, our communication, and our way of communicating with the world in general.
More on this later!
Venus helping create a Grand Cross:
Venus will get into the mix of the Jupiter/Pluto square, effectively triggering a loose grand cross in the midst of eclipse season. This month should just be called “the nutso bonkers astrology month of 2017.” I don’t even know what to say, somewhere in the midst of all of this the goddess is coming to lunch with the rest of the astrology. She will bring powerful levels of change to our relationships, significant opportunities for diplomacy or new allegiances, the importance of the voice of women, the environment, and the sacred feminine within the justice and political systems, etc.
Jupiter/Saturn sextile with reception…
Yeah, that too…
Get your cosmic popcorn, August is going to be one to remember!
Prayer: Salt and butter us with your love, and may this theater of absurd astrological events remind us that who we are is not the rising and falling of empires or the turning tides of so much insta history…who we are radiates evenly through the entire ebb and flow of this cartoon we call time, and even beyond. 🙂