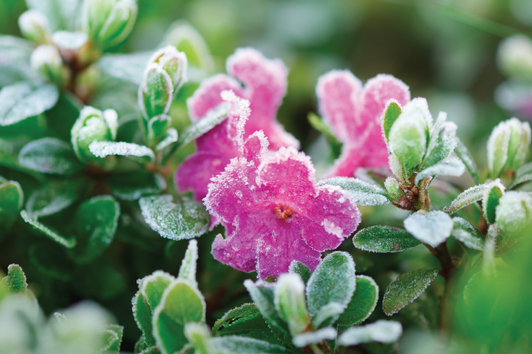 Retrogrades frequently signify turning points. Let’s take a look at how that might work out given the simultaneous retrogrades of Saturn and Mars.

* Remember that long ago the destructive designations of Mars and Saturn were related to the mundane predictions of agricultural cycles. Each planet was assigned certain archetypal qualities that could be broadly described as either growth or decay oriented (always with a complex system of contextual factors that might change their expression). These categories are as fundamental, simple, and as timeless as the yin and yang of the I Ching. Mars was considered excessively hot, whereas Saturn was considered excessively cold and dry. Both were generally not seen as conducive to growth. At the same time, planets express more than just this particular angle of archetypal designation. For example, in the right context, the “cold/dry” nature of Saturn may express itself as the virtues of sobriety, focus, determination, or the wisdom of old age (to name a few). Mars in the right context may imply courage or bravery or the virtues of a faithful warrior. Regardless, understanding the general designation of Saturn and Mars as related to decay, difficulty, and challenges (which even the virtuous sides of these planets still involve), we can say more about what it means when both of these challenging planets turn retrograde at nearly the same time.

* This morning during my prayer and meditation hour I spent time reading the I Ching, and in particular I studied the first line of the 2nd hexagram. The 2nd hexagram of the I Ching is a representation of pure yin, which like Mars/Saturn is related to the darkening of the light, the eventual erosion of structures, as well as death and decay. However, in the I Ching yin is also related to supreme receptivity. To put it simply, loss and challenges frequently put us into a receptive position. Whether its a plan failing us, or a plan of action being thwarted, or something falling apart, the fundamental power of the yin is also related to impermanence and the way that impermanence tends to bring us back into a receptive position. In fact the 2nd hexagram of the I Ching talks about the docility and receptiveness of a horse rather than the strong initiative of a man.

* The very first changing line of the 2nd hexagram reads: treading on hoar frost; the strong ice will come by and by.
In other words, the first signs of frost are always a warning that heavy ice and winter are coming. The first sign of yin in the 2nd hexagram points to the rising power of the yin in the Autumn. This is a line that not only points out the naturalness of death and decay but also the fact that death and decay happen gradually, little by little, and that we can prepare and guard against total erosion (into evil or worst case scenarios) by noticing where decay begins and effectively rooting it out. Or we might also begin preparing for winter, you might say, when we see the first frost.

* From this changing line we move to the the 24th hexagram, called “Returning.” To put this one very simply, this hexagram shows one strong yang line at the bottom of an otherwise all yin hexagram. The yang is now ascending. Not only is this a sign of spring coming, but it’s also a teaching about returning to proper principles after taking note of and weeding out corruption or decay. Put simply you might say it’s about cleaning something up before it becomes a bigger mess. The simple exchange of yin to yang at the bottom of an all yin hexagram points to the idea that we can always see where something is starting to go sour, and with concentrated effort we can “Return” to growth, revision, or rectification, rather than letting something totally degenerate. If not correcting or avoiding something, then at least we can prepare with foresight for the natural losses that are coming.

The simple point is that this sequence is very similar to the unique moment we find ourselves in with both Mars and Saturn turning retrograde simultaneously. Saturn/Mars turning retrograde might indicate a spotlight shining on certain areas of our lives where the first patches of frost are showing themselves. We might recognize: something is no longer working, something is beginning to decay, something needs cleaning, or something is likely to continue deteriorating.
However, the same positive potential is implicit in the symbols of the sky right now. It’s spring time after all! So taken as an opportunity to weed something out, to clean something up, to course correct, or prepare, the retrogrades of Mars/Saturn point towards the receptive virtues of the yin. When we listen and take note of where something is starting to go wrong, we are given the natural opportunity to change something before it gets out of hand. When we listen and observe where the Tao is flowing, either positively or negatively, we are always given an opportunity to align ourselves with “the way that cannot be named.”
​
Prayer: Teach us to listen and observe, to become receptive, and by doing this to prepare ourselves or to create positive changes where any first signs of decay or difficulty are appearing.