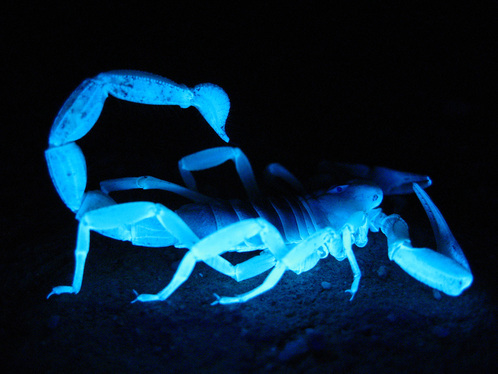 Dark moon time. The Moon is in Gemini, applying to sextile Jupiter and Uranus by this evening. Meanwhile Saturn has finally dipped back into the dark waters of Scorpio, where it will now stay until September 17th.

Between October of 2012 and December of 2014 Saturn was transiting the sign of the Scorpion. Within weeks of Saturn’s entrance into Scorpio Hurricane Sandy hit the east coast of the USA, creating major damage, death and destruction, not to mention flooding the global media with images of NYC under water.

Then, just as Saturn began its first retrograde in late February and into March of 2013, Pope Francis was elected the first pope from the southern hemisphere.

Next, as Saturn was stationing in its retrograde to turn direct again, Edward Snowden’s disclosure of the US government’s mass public surveillance programs occurred.

In it’s next station to retrograde the Ebola virus outbreak in west Africa began, and its next station to direct movement the Israeli ground offensive in Gaza began and soon after the US also began airstrikes targeted at ISIS.

In each of Saturn’s major turning points throughout the sign of Scorpio, events like the ones above provide insight into Saturn’s symbolism. There are of course an unlimited number of events that we might choose from, from the daily and mundane to the epic and global. Notice the following themes in the events listed above:

* Water, secrecy, fears, taboos
* Cleansing, genocide, outbreaks, disease, purification
* The revelation of things hidden
* Denial or refusal to take ownership
* Avoidance or defensiveness
* Hypocrisy exposed or in the spotlight
* Unavoidable natural truths or explanations
* The decay or destruction of man made things by nature
* Psychological transformation
* Structural changes related to inner psychological changes
* Hard truths and the growing up that happens when we face difficult truths
* The mass realization of mortality, fragility, and powerlessness

As Saturn dips back into Scorpio the same kinds of issues will likely be up for review, especially as Saturn presses through the so-called “anaretic” last degree of Scorpio (29th degree), and especially as Saturn stations in its retrograde toward the end of July and early August. The idea of many modern astrologers being that the 29th degree of any sign is a critical or culminating degree that often brings up crises and difficulties or peak periods (depending on specifics of the planet(s) involved). Similarly, the stationing or retrograding of any planet is traditionally thought of as somewhat debilitating to the planet’s normal actions because of its slow speed or reversed action. I sometimes think of it like drawing an upside down version of a tarot card. It’s not necessarily that the card is meant to be nasty…but it has a somewhat more severe or disruptive presence within a spread.

Looking at Saturn’s presence in your own chart right now can help. Is it angular, is it making aspects, entering a new house…each of these factors will contribute to a healthy interpretation of Saturn’s meaning or location in your life right now.

In the sign of Scorpio we are perhaps embarking on one more season of the kind of inner growth work we did between the fall of 2012 and 2014. One more journey into the incredibly deep, psychological territory of Scorpio. Meeting our fears, seeing the hard truths, maturing through limitations, sobering by way of the more difficult facts, and learning to find trust in the midst of the darker psychological mazes of the unconscious.

Prayer: Oh lord of somber lights and the wisdom of death…keep us in good health and good faith as we learn what only you and the Scorpion together can teach.