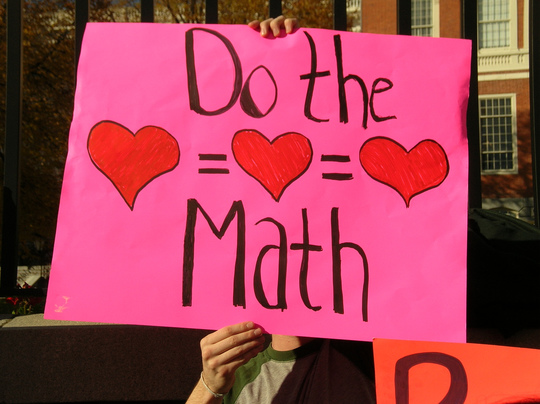 The Moon is in Libra this morning, a Venus ruled sign, and just as Venus and Jupiter are coming together in the sky, like two crowning jewels, same sex marriage has been legalized nation wide here in the USA. A crowning achievement for human consciousness at the end of our most recent Pluto/Uranus era. A hard fought victory (Jupiter/Venus) in the most basic sign of individual dignity (the lion/Leo). Congratulations to all of us, and especially to those who have been on the front lines of this historical journey. To all of our LGBT community leaders and friends, and to all of us who have taken on the challenge of seeing ourselves as more than gender/sex/race and religion…this is a special day for everyone!

As the moon continues into Scorpio this afternoon it will trine Mars and the Sun in Cancer, and though Mars is still in a difficult position at the moment, the Moon will be creating a mutual reception with Mars, at which point it may become possible to achieve something that otherwise seems impossible at this moment. Watch for role reversals, flip flopping that serves a purpose, or strategic maneuvering that turns a tricky situation into an unexpectedly smooth outcome for everyone.

The Moon’s entrance into the via combusta yesterday may have created something of a sudden mood or atmospheric change. The Moon is said to be debilitated during her journey through 15 Libra to 15 Scorpio, the signs of both the Sun and the Moon’s “fall,” respectively. My experience of the via combusta, symbolically, is that it represents hard fought victories, difficult but worthy journeys, and time periods where we need to wait and allow the frustration of waiting to teach us something important.

So watch for this “waiting period” to be gradually lifted as the Moon moves toward Sagittarius over the weekend. In the meantime, know that today there is definitely an opportunity for working through something a little tricky or difficult…maybe something involving emotions, mother, family, home, and health, or other themes related to the Sun/Moon/Mars and Cancer/Scorpio.

Last but not least, continuing our preview of this summer’s astrology, let’s look at the approaching square between Jupiter and Saturn, which will take place in late July and early August.

As Jupiter represents flight, expansion, hope, growth and limitless potential, Saturn represents grounding, gravity, contraction, doubt, limitations, and refined commitments. As Jupiter represents youth, Saturn old age. Juipter life, Saturn death. Jupiter the wisdom of faith, Saturn the wisdom of mortality. Jupiter the hope for progress and the future, Saturn the wisdom of the past and the tendency toward descent or decline. So when these two planets come into square with each other we have something of a face off between these qualities. The hopeful idealist within us will have to face hard truths, and the hardened old skeptic open themselves to faith and trust. The older generation will have to yield to the younger while the younger learns from the older. These conversations are of course always present, but they will be more pronounced and dramatic during this time.

Some of us will have our wings clipped while others will sprout them. Some of us will learn to listen to our elders more carefully while others will learn how to speak up and create generational transformation. Fathers/sons and Mothers/daughters will more than likely find their normal irritations with each other much more irritating, and generational conflicts will feel similarly blown out.

The part of us that thinks “anything is possible,” will have a dream or two killed. While the Scrooge in us will also wake up to find out it’s Christmas day. Trust and faith become a new reality to get excited about as much as doubt and limitations become a useful asset rather than just a bummer.

Since Jupiter is in the sign of Saturn’s detriment, we’re also looking at the possibility of hope/faith and optimism becoming somewhat authoritarian or dictatorial. Like the fascist optimist who’s always posting things to their FB wall about manifestation, personal spiritual growth, happiness, and trust, while simultaneously playing the extra bitter race cards, gender cards, or the nothing is right with the world cards. Inconsistent messages like these will be more apparent and they will likely be addressed quite directly in our relationships as well.

Add to this the idea that whatever Saturn represents, our current limits, the difficult reality of a situation, etc, is really going to challenge Jupiter’s idealistic impatience. All of this being said, Jupiter and Saturn’s hard aspects also represents generational transformation and healthy exchanges between the old and the new. So we have a lot to look forward to and a lot to learn from and give each other through this particular transit.

Prayer: What is old is becoming new and what is new is becoming old. Help us make this exchange wisely, with all the wisdom of the past and all the hope of the future coming together in meaningful ways.